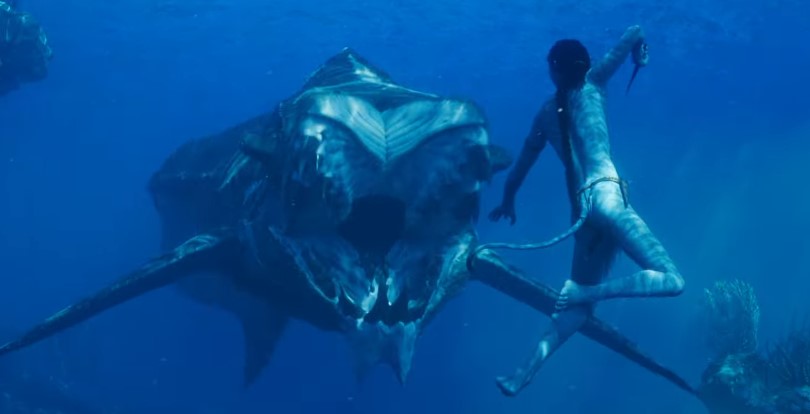 Though a lot of audience members may think the original Avatar had a pretty straight-forward story, the film still manages to captivate audiences with its fantastic visuals; and it looks like Cameron has ramped everything up to eleven when it comes to the sequel.

Just in, we have a new trailer for Avatar: The Way of Water, and it gives us a great look at all the spectacular beasts and seascapes that the underwater side of Pandora has to offer. Watch this:

While the first movie had shown us a story with Jake being the ‘fish out of water’ with the Na’Vi, it seems that his kids will have to go through the same kind of transition when they are forced into living with the water tribes of Pandora.

Though we thought that the humans had been banished by the end of the first movie, it looks like they’re back with a vengeance, and I’m not entirely sure, but I have a feeling that Stephen Lang’s Colonel Quaritch is coming back with an avatar body of his own.

I’ll admit, the movie looks absolutely amazing, and even if they didn’t come up with a great story, I’m sure audiences will just come to the theater for the spectacle.

Set more than a decade after the events of the first film, “Avatar: The Way of Water” begins to tell the story of the Sully family (Jake, Neytiri, and their kids), the trouble that follows them, the lengths they go to keep each other safe, the battles they fight to stay alive, and the tragedies they endure.

Avatar: The Way of Water lands in theaters on Dec. 16.