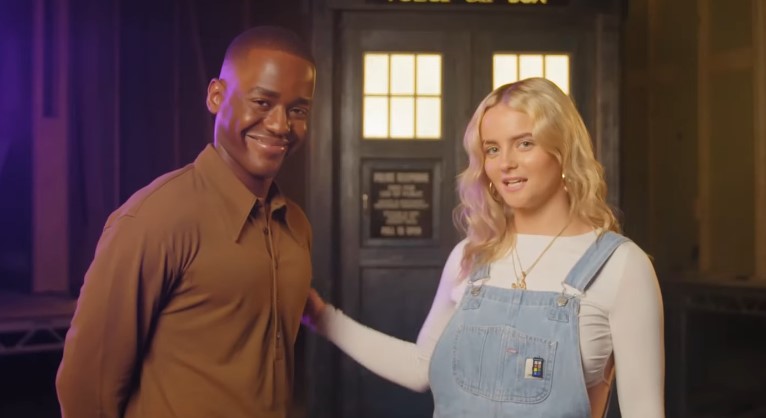 A lot of fans are excited to have Ncuti Gatwa take on the role of the new Doctor for Doctor Who, but with every new regeneration also comes a new companion for the Doctor to take around time and space.

Now we have a new video introducing us to new companion Millie Gibson who will be playing the part of Ruby Sunday. Watch this:

We don’t have much on Ruby’s backstory yet, but we do know that her character will be introduced sometime around the 2023 Christmas season. Gatwa tells EW about Gibson:

“Millie just is the companion… She is full of talent, strength, she has a cheeky sparkle in her eye and is sharp as a razor. From the moment she walked into the room she captured all of our attention with her effervescence and then solidified that attention with the sheer torque of her talent. This adventure is going to be so wild and so fun, I cannot wait to sail the universe with Millie!”

Gibson herself also released a statement about landing the role:

“Whilst still being in total disbelief, I am beyond honored to be cast as the Doctor’s companion… It is a gift of a role, and a dream come true, and I will do everything to try and fill the boots the fellow companions have travelled in before me. And what better way to do that than being by the fabulous Ncuti Gatwa’s side, I just can’t wait to get started.”

For now, the series has brought back fan-favorite David Tennant for an interesting twist on the latest regeneration arc. We don’t know exactly why the Doctor would regenerate backwards, but it does pique the interest of a lot of fans.

Catch Doctor Who when it returns to the BBC sometime next year.