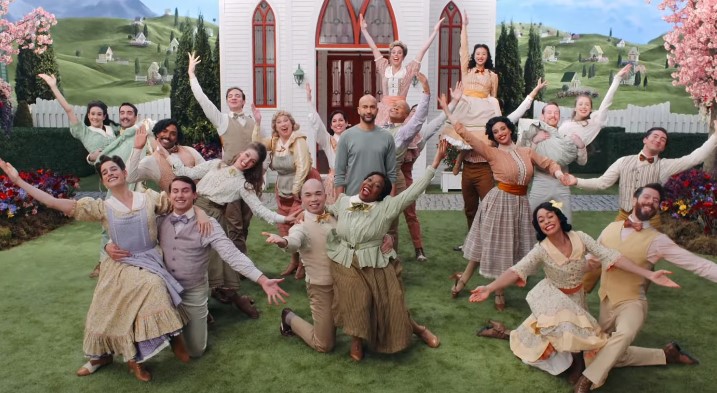 Lorne Michaels has always been delivering some Broadway-inspired material from 30 Rock to The Unbreakable Kimmy Schmidt, and now he’s teamed up with Apple TV for a show called Schmigadoon!.

Here’s the first look for Schmigadoon!. Check out the trailer down here:

The story follows a troubled couple played by Cecily Strong and Keegan-Michael Key who go on a backpacking trip, only to find themselves stuck in a magical town straight out of a 1940’s musical. They both discover that they can’t leave the town, and the only way out is to find ‘true love.’

Schmigadoon!  is considered to be some kind of love letter to Broadway, and parodies several musicals from The Music Man to Oklahoma!. Despite being an ode to the more a more optimistic and cartoon-y era of entertainment, the show also seeks to delve into the darker sides of the genre. Creator Cinco Paul describes the show:

“We’re celebrating the musicals, but we’re using this as an opportunity to deconstruct them and sort of comment on things that are were maybe problematic, and make them better.”

Schmigadoon! Is a limited series and will run for only six episodes. The show premieres on Apple TV this July 16.