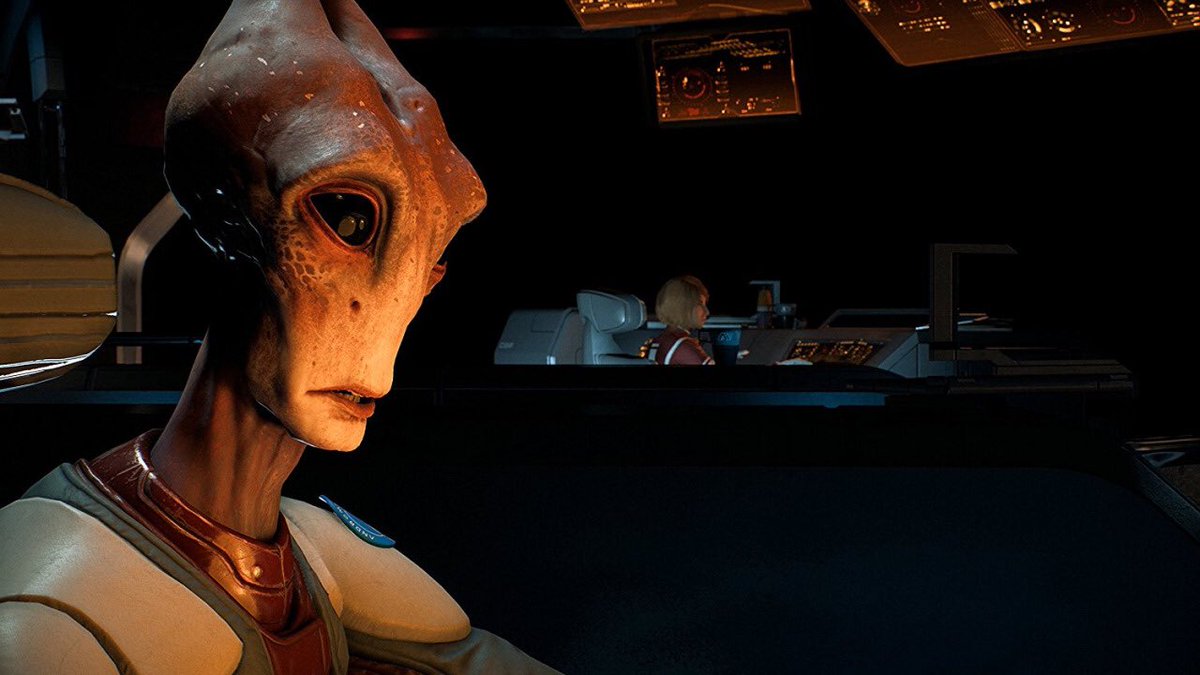 Several new Mass Effect: Andromeda screenshots have emerged thanks to industry insider, shinobi602 on Twitter (via DualShockers). There are seven in total, all look incredible. You can see them below:

These new images offer closer looks at Alec Ryder, Sarah Ryder, and some familiar races, namely a Krogan, an Asari, and a Salarian. The identities of the three alien species are currently unknown. However, by the looks of things, they do not seem to be hostile. In fact, it appears as though the Salarian and Krogan are close allies. The former seems to be helping man the Tempest, while the latter is donning the white and blue colors of the Andromeda Initiative.

There’s still plenty being left unsaid about the next chapter in the Mass Effect series. Story details remain scarce, but thanks to a recently released narrative trailer we know a threat is looming. The Kett, a species native to the Andromeda galaxy, will present said threat. Their antagonistic role is still a mystery, though, since background information is currently non-existent. What they want and how they plan on getting it is being left to the guessing game and speculation.

As of late, a few other tidbits have been revealed about some of the title’s game systems. For instance, not like it’s a surprise, but Andromeda won’t be open-world. The question may have been driven by many AAA releases moving in a more open space direction. Exploration will take precedent in a way it hasn’t in past Mass Effects, though. There will be planets to cruise around on, but BioWare isn’t taking an Inquisition approach. We’ve also learned that the Trilogy’s Paragon/Renegade system has been tossed, in favor of a system structured around a more “agreeing and disagreeing” model. We’ll have a chance to see how that all pans out once Andromeda hits PC, PS4, and Xbox One on March 21.