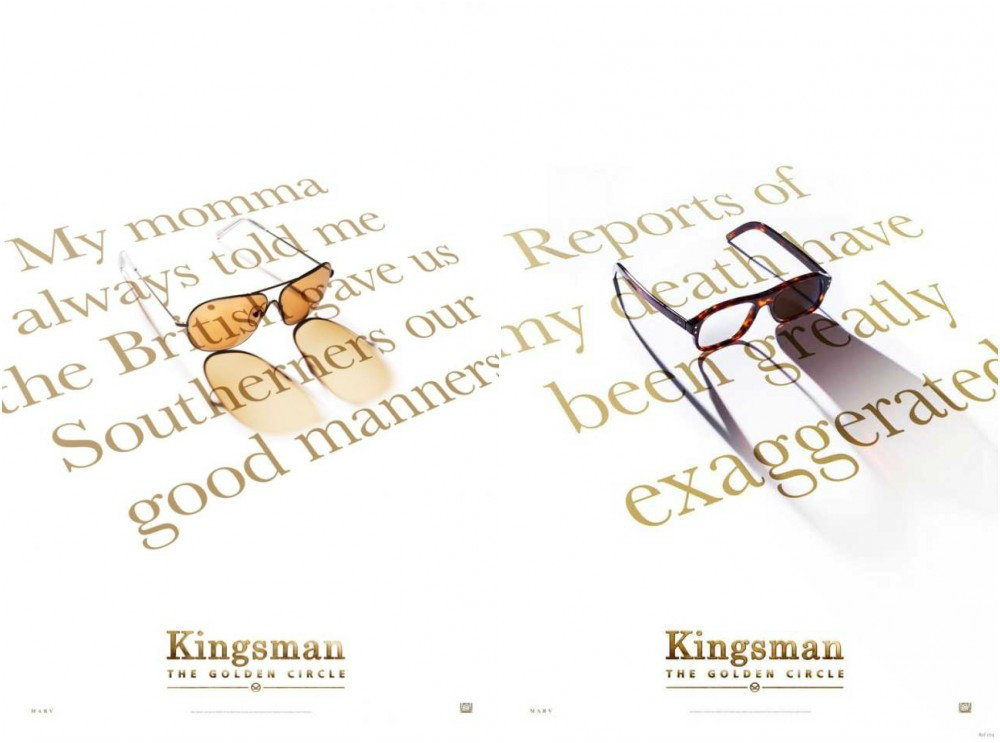 Matthew Vaughn is back to kick much more than ass this time around. Vaughn directed the 2015 break out hit no one saw coming, Kingsman: The Secret Service. It became a cult James Bond hybrid with the blood, guts and bad words fans had been dying to see for years. Taron Egerton lead the way as Garry “Eggsy” Unwin, an English gangster type boy who was brought into the Kingsman by Colin Firth’s character Harry Hart. They battled the evil Samuel L. Jackson, so there should be no doubt that this film is truly incredible. If you haven’t already seen the first film, go do that, then come back (you’re welcome).

The stand out moments of the Secret Service have built an action standard in fans minds. Will there be another church scene? Will Firth’s character be back? Colin addressed these rumors with Entertainment Weekly saying, “I’ve read the rumors, but I can’t reveal if I’m even in this film.” He was in full wardrobe whilst on the set of the sequel when he said this.

Golden Circle is arriving in theaters September 29th. Vaughn knows the track records with sequels and said the time:

“Just doing a sequel, you’re kind of violating that promise of originality. Sequelitis is a plague I have no interest in contracting.”

Golden Circle is already shaping up to rival the success of Secret Service. Maybe it’s the star power; Halle Berry, Jeff Brides, Channing Tatum, Elton John, Pedro Pascal and Julianne Moore are set to appear in the film as newly minted agents of the American Kingsman, called The Statesman. That might be the best line up of secret agents in the history of spy movies.

With the Statesman and the Kingsman, the battle of U.K versus U.S.A is on the golden ropes. Vaughn hasn’t let anyone down yet, directing not only X-Men: First Class but Kick Ass. His track record is shaping up to be that of major action superiority. He even promised fans new weapons in Golden Circle, including mechanical attack dogs and a electric lasso that will slice through the bad guys. Attack dogs? Electric lassos? You win Vaughn. Here’s our money.

The photos from EW reveal our new Statesman. But are there any hidden Easter eggs we can pull from them? Tatum looks like a Cowboy type, meaning fans can guess who’s going to use that electric bad guy slicing lasso. And Entertainment Weekly suggested that if you look closely at the picture of Tatum you can notice a blurry Colin Firth in the background. See it?

Berry and Bridges look like two very opposite characters. Bridges is serving “Man in Charge” style with his whiskey and grimace. Berry seems to be channeling Kingsman technical guru, Kingsman Merlin (played brilliantly by Mark Strong). Sadly no pictures of John or Moore have come to light, but the trailer cannot be too far away.

What should we expect from this new sequel? Egerton, set to return as Eggsy, put fans minds at ease by saying,

“If the first Kingsman was Captain America, then this is very much The Avengers now”.

This sequel is shaping up to be another umbrella toting, head exploding, handsome spies movie. If that isn’t the best description for a night at the movies than you are not cut out to be a Kingsman.