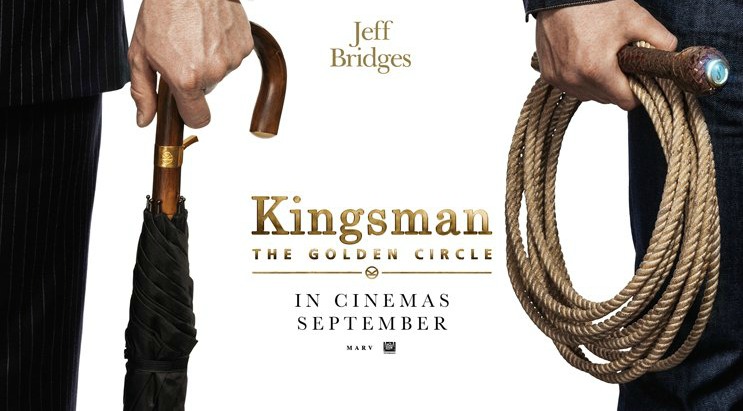 Spy action-comedy Kingsman: The Secret Service was one of the surprise successes of the 2014/2015 movie season. It was smart, funny, ultra-violent and made an unlikely action star out of Colin Firth. Given that, the upcoming sequel is one hotly-anticipated project. Have a look at the first poster for the sequel – titled Kingsman: The Golden Circle – below: 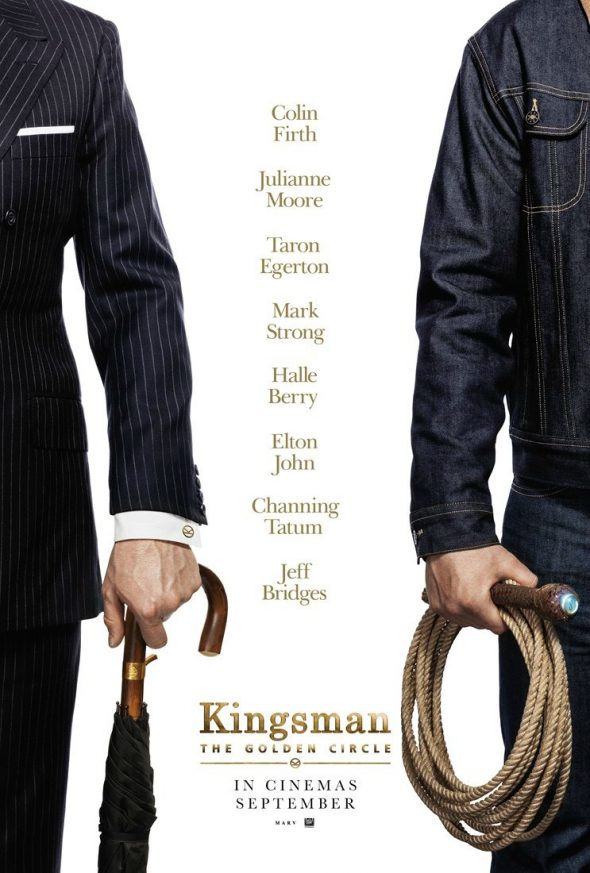 The poster is a simplistic but stylish, as we see the cropped forms of what looks to be Colin Firth’s super secret agent Harry Hart and his protege Gary “Eggsy” Unwin, as played by Taron Edgerton. Intriguingly, Eggsy is armed with a lasso. Firth also has top billing, which will come as a surprise to anyone who has seen the first movie. Last chance to look away if you don’t want to get spoiled…

In The Secret Service, Hart was seemingly killed by the villainous Richmond Valentine. Due to the popularity of the character, though, they have decided to bring him back for the sequel. We’ve no idea how they are going to wrangle that one but, hey, we are glad we get to see more of Firth kicking ass.

Here’s the synopsis for the movie:

“Kingsman: The Secret Service” introduced the world to Kingsman – an independent, international intelligence agency operating at the highest level of discretion, whose ultimate goal is to keep the world safe. In “Kingsman: The Golden Circle,” our heroes face a new challenge. When their headquarters are destroyed and the world is held hostage, their journey leads them to the discovery of an allied spy organization in the US called Statesman, dating back to the day they were both founded. In a new adventure that tests their agents’ strength and wits to the limit, these two elite secret organizations band together to defeat a ruthless common enemy, in order to save the world, something that’s becoming a bit of a habit for Eggsy…

The Golden Circle‘s cast is even more star-studded than the original. Returning actors like Firth, Edgerton, Mark Strong and Sophie Cookson are joined by a host of American stars. Namely, Jeff Bridges, Channing Tatum and Halle Berry. Julianne Moore will be taking over from the first movie’s Samuel L. Jackson as the Kingsman’s latest nemesis. Oh, and Elton John will be popping up for a cameo. The movie is directed by Matthew Vaughn and will be shooting onto a cinema near you come 29th September 2017.