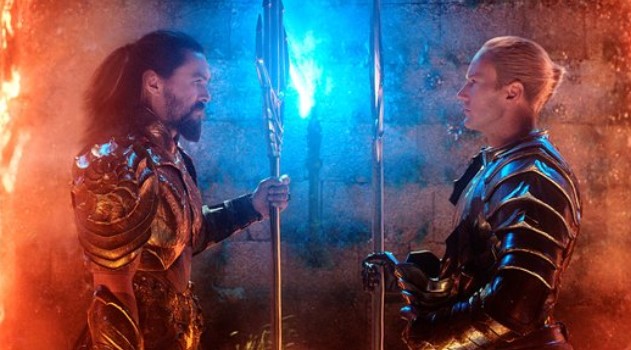 After Justice League, Warner Bros decided to put the DCEU on hold, and Aquaman is the only DC film which is set to come out this year. We’ve had pretty much zero promotion for the movie in the first half of 2018, but now we have our first look at villains Black Manta and Ocean Master.

Check out these images courtesy of Entertainment Weekly:

Though Black Manta is considered to be the main nemesis of Aquaman in the comics, it’s been frequently implied that Ocean Master/Norm is the main villain of the film. This probably leads to some high stakes as Norm is Aquaman’s half-brother, and he will want to usurp the throne from Arthur Curry.

Though Justice League was critically bashed, a lot of people admit that every character was perfectly cast in the film. Interactions between every League member were a delight to watch, and I can’t wait to see more of Aquaman in action.

Rumors have been going around that we’re going to get an Aquaman trailer this week, and with the release of these promotional shots, they might as well be true. Best WB learn from the mistake of Lucasfilm when it comes to marketing a film too late. Solo: A Star Wars Story was well received by audiences, but it still flopped at the box office due to poor marketing.

Aquaman finds himself caught between a surface world that ravages the sea and the underwater Atlanteans who are ready to revolt.