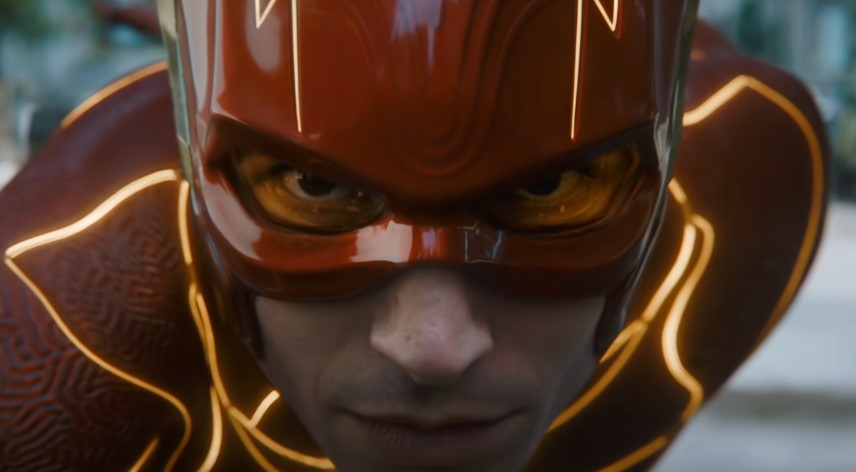 Marvel Studios may still be dominating the superhero scene, but everyone is just waiting for what DC will do next. This year will see them have a packed slate, and we have a trailer that showcases some new footage from The Batman, The Flash, Black Adam, and Aquaman 2: The Lost Kingdom.

One of the most buzzed elements about the trailer is the look of Flash. We had gotten a tease for his new costume before, but the angle was just so off that the cowl looked ridiculous. With this new teaser, the helmet actually looks pretty great, and it also comes with some orange goggles that complete the look. Hopefully we have a full trailer soon that gives us a better look at the entire outfit.

As for Black Adam, we have a look at the Justice Society of America, which has members like Doctor Fate, Atom Smasher, Hawkman, and Cyclone. We don’t know exactly what their place in the DCEU is, but it would be interesting to know what exactly the status of the Justice League since there hasn’t been any mention of them in the canon since 2017.

Admittedly there are only short looks for Batman and Aquaman, but they are two of the biggest DC characters in the roster, so I expect DC to want a tighter lid on those properties. We’ll likely get a better look at them soon, as well as some upcoming DC/HBO Max properties like Batgirl and Blue Beetle.

The next DC property coming out to theaters this year is The Batman, and hit hits theaters on March 4.