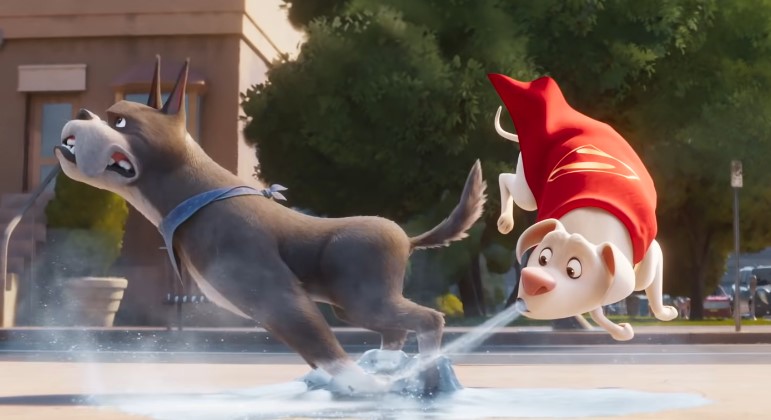 After voicing Maui in Moana, the Rock is once again coming back to animation as Superman’s dog, Krypto. DC League of Super-Pets is set to hit theaters this July, and we have a new trailer to hype up Krypto’s gang of super-animals.

Check out the new DC League of Super-Pets trailer down here:

We’ve known for a while that the Justice League will be captured in this movie, and though it looked like a plot by Lex Luthor, it seems that another talking animal will be the one to take down the world’s elite team of superheroes—enter Krypto and his friends who have some newly-gained powers and are also new to the superhero gig.

Though the main focus of the movie is going to be the animals, I’m kind of excited to see the rest of the Justice League. The movie has some very unique designs for DC’s biggest heroes, and they have been serving looks that no live-action film would even bother with. I mean, classic Cyborg with the afro? Zack Snyder wouldn’t dare.

In “DC League of Super-Pets,” Krypto the Super-Dog and Superman are inseparable best friends, sharing the same superpowers and fighting crime in Metropolis side by side. When Superman and the rest of the Justice League are kidnapped, Krypto must convince a rag-tag shelter pack—Ace the hound, PB the potbellied pig, Merton the turtle and Chip the squirrel—to master their own newfound powers and help him rescue the Super Heroes.

Catch DC League of Super-Pets when it flies into theaters on July 9.