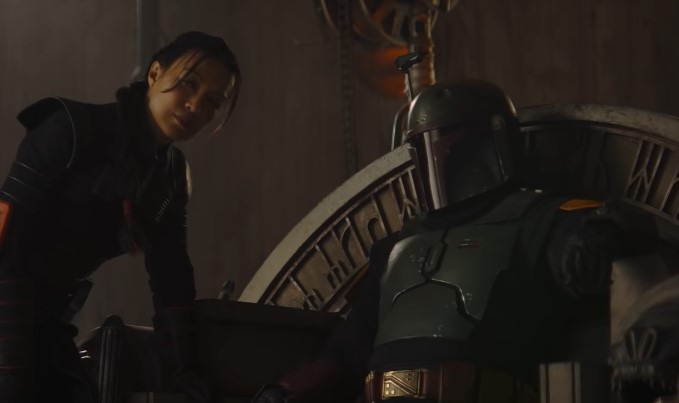 It’s been years since Boba Fett fell in the Sarlacc Pit in Return of the Jedi, and after a brief appearance in the second season of The Mandalorian, the OG Mando is coming back for his own show on Disney+ called The Book of Boba Fett. The show premieres this Wednesday, and Disney has dropped one more teaser to hype us all up for the release.

Watch the new trailer for The Book of Boba Fett down here:

With Boba already being the biggest fanservice element of the show, it’s very curious who else could pop up in the series. While we should expect there to be some new characters with their own backstories of the underground, we should also expect some more familiar faces to return—maybe even some animated characters making their live-action debuts like Bo-Katan or Ahsoka in the last season of The Mandalorian.

Though I am happy to see the character come back, Lucasfilm’s slate of upcoming material is getting some fans worried that the franchise is leaning too heavily on nostalgia and fanservice. Ahsoka and Obi-Wan are great characters, but what about Rey, Finn, Rose, or Poe Dameron who still have a lot of story potential?

If anything, I think Lucasfilm is waiting out the fanbase of the Sequel Trilogy (kids) before they try to milk their nostalgia featuring the Star Wars characters they grew up with. At least, that’s my guess.

Catch The Book of Boba Fett when it premieres on Dec. 29 on Disney+.