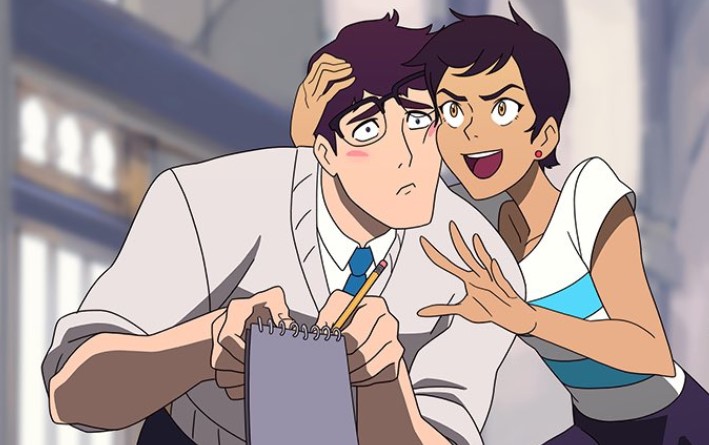 The CW already has a new Superman and Lois  series, and while fans are waiting for Henry Cavill to return to the big screen, Warnermedia and HBO Max have announced a new animated series focused on the Man of Steel.

According to Polygon, the show will be called My Adventures with Superman and will focus on the lives of a young Clark Kent and Lois Lane as they try to make a career for themselves in Metropolis. Along for the ride is photographer Jimmy Olsen, and probably some other kooks in the Daily Planet. This being a DC show, it’s also going to focus on Clark balancing his identity as Superman.

So excited to be a part of this awesome show!!! @hbomax @DCComics @aliceheyalice #Superman https://t.co/E06f25Bz4s

Jack Quaid (The Boys) has been cast as the voice of Clark and Alice Lee (Zoey’s Extraordinary Playlist) will be the voice of Lois. While the show has a very specific look for Clark and Lois over the years, this has got to be one of the most distinct takes on the character with the short hair. The show is also following suit with Supergirl, keeping a black Jimmy Olsen (who is originally white in the comics).

President of Warner Bros animation and Cartoon Network Sam Register also had this to say about the upcoming show:

“This is the first animated Superman series in many years and we want to tell our Superman story through the trio of Clark, Lois, and Jimmy — whose relationship dynamic will allow for rich, serialized, and engaging stories as we explore their lives as individuals and their journey as friends.”

With the show having producers who have worked on Teen Titans Go! And Voltron: Legendary Defender attached, My Adventures with Superman is sure to be a unique take on the character.