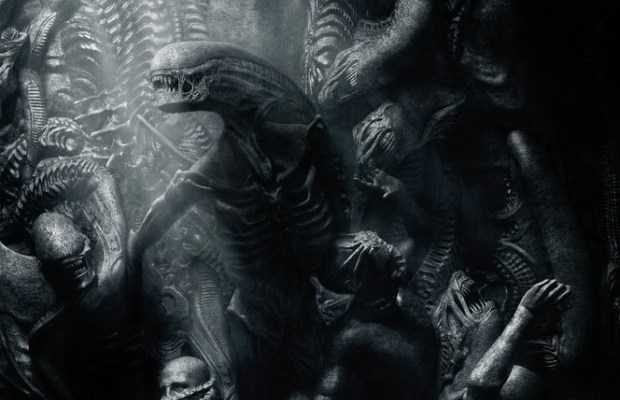 The last time we reported on Ridley Scott’s forthcoming Alien prequel/Prometheus sequel, Alien: Covenant, we were clear on the fact that we didn’t need any more marketing. Enough plot details have been revealed, possibly too much in terms of being able to deduce the fate of some crew members. The levels of anticipation already had us salivating like a drooling xenomorph looming over its latest victim.

It’s time to take that back, because a stunning new poster has landed, and it’s a piece of H.R. Giger inspired macabre beauty. The Swiss surrealist painter was part of the special effects team who shaped the twisted nightmarish vision of the original Alien in 1979, and his unique DNA is all over this harrowing mass of xenomorph terror. 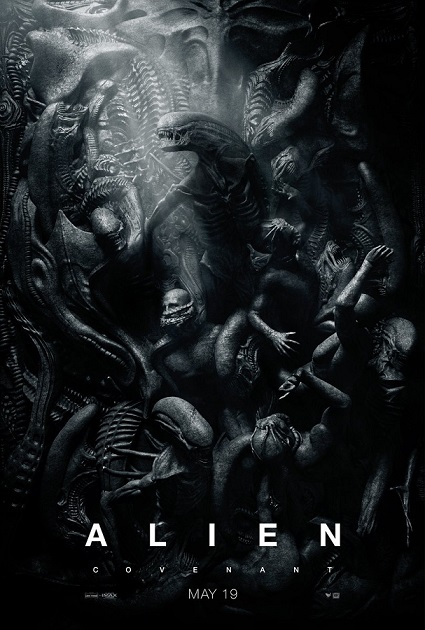 Everything about the marketing for the May 19th release has been so on-point, and this artwork is a real case of beauty in the beast. In fact, it evokes some of the visionary of arguably the weakest franchise instalment, Jean Pierre-Jeunet’s Alien: Resurrection, which for all of its human/alien hybrid nonsense, had some stunning body-horror imagery. Remember when Sigourney Weaver’s Ripley replica was writhing in that pit of Aliens?

Covenant is the story of a group of couples travelling to a far flung corner of the galaxy to take part in a re-population program. The only problem is that the impregnation will be done by those pesky facehuggers, leading to all sorts of creatures snapping out of all sorts of places.