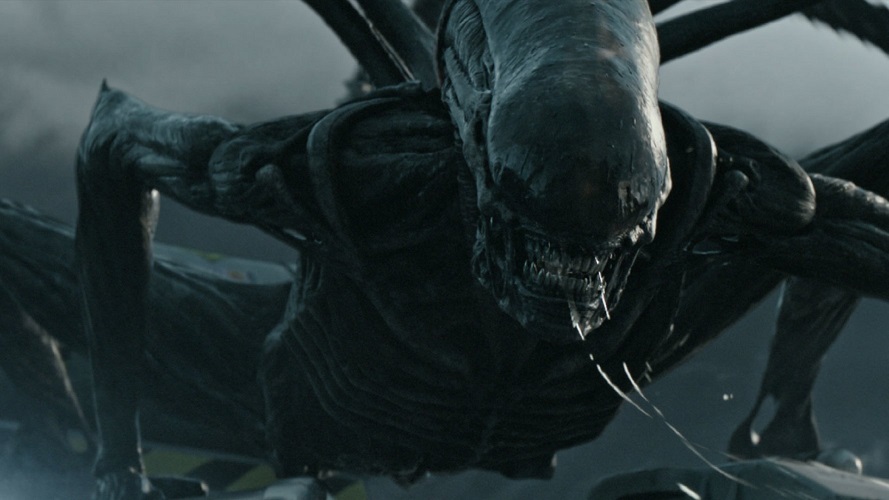 Waiting for Alien: Covenant to land in cinemas is now akin to creeping up slowly upon a Xenomorph Queen egg, as it slowly opens, with those bony fingers appearing over the edge, ready to hug your face. And that’s exactly what this final trailer does, in a flourish of Aliens, call-back corridors, and explosions. We’re ready now 20th Century Fox, we don’t need to see anything else before your logo and fanfare fade into the eerie darkness of space.

This quickly establishes the premise outlined in last weeks ‘meet-the-crew’ clip; that the members of the Covenant are made up of couples seeking to start a new off-world colony. The problem is, someone has beat them to it, planting wheat on a planet thought previously uninhabited, presumably farmed by Prometheus’s pesky android, David (Michael Fassbender). Equally worrying is the cacophony of silence which greets the explorers, with Katherine Waterston’s Daniels noting there’s no “birds, no animals, nothing”.

That is until, after a montage featuring doomed exploration of familiar space graveyards, all interspersed with the rather bleak tagline of “The Path to Paradise Begins in Hell”, we are treated to the recognisable snake-rattle meets cricket-call of old acid breath herself, and said hell breaks loose.

There are what appear to be Aliens in the long grass, which bear a striking resemblance to the wonderful Gillis and Woodruff designs from Alien 3, and the xenomorph action also provides reference to James Cameron’s sequel, as the monster bounds up the red-hued tunnel, and Scott’s own Alien, with the creature attempting to stowaway on the departing ship.

Alien: Covenant looks as though it’s shaping up to be a perfect hybrid of everything great about the franchise, whilst most promisingly of all, keeping all of the big secrets and character reveals hidden for May 19th. We are as terrified as we are excited.