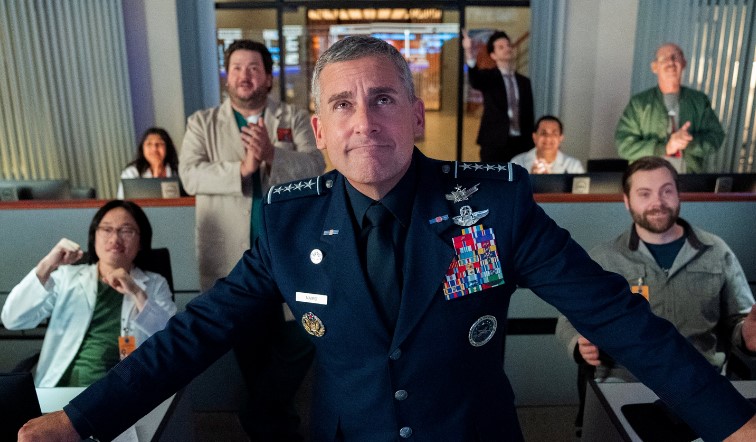 Greg Daniels and Steve Carell had debuted Space Force on Netflix last month, and admittedly the show had received some lackluster reviews when it came out. While there was build up for a following season, Daniels had confirmed that Netflix had not given them a greenlight yet.

“We’re certainly hoping for a few more seasons, and we have started to assemble the senior writers to discuss what would happen next year. We don’t have the pickup yet, but yeah. There’s a lot to follow up on based on where we ended.”

Though the first season wasn’t well received, you can kind of say the same for the other 2 shows of Daniels that have grown to be smash hits. Nobody likes the first season of The Office or Parks and Recreation, and I think the same is going to be said about Space Force.

I think we just really need time to watch all of these characters grow. While Space Force is kind of short on laughs, the characters were still pretty well developed, and you really want to see where everything goes moving forward. Hopefully Netflix will be nice enough to throw Daniels and Carell a bone, seeing as they are behind the most watched show on the platform right now; and when The Office  leaves on 2021, a lot of people are hoping Space Force will be the next big thing.