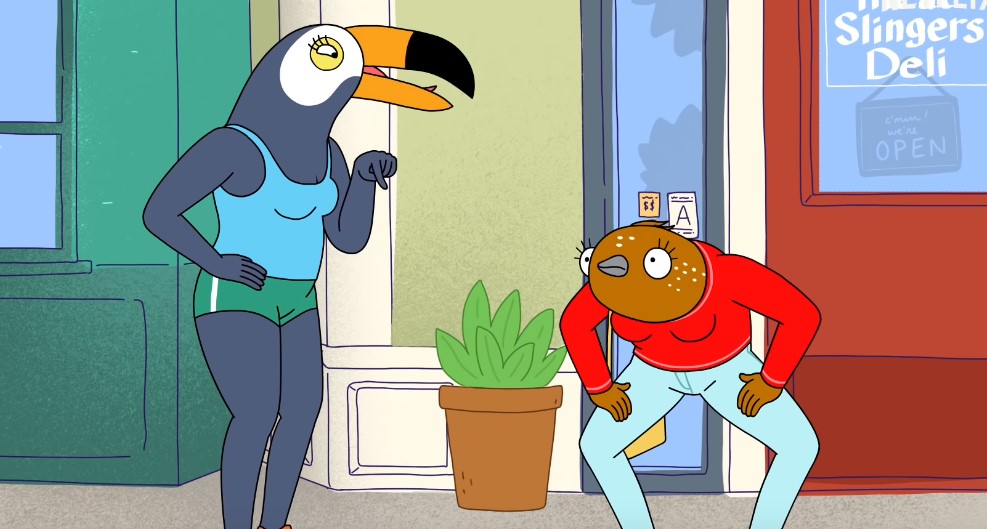 Netflix has had a penchant for picking up cancelled shows, but it looks like Adult Swim is the one picking up after the streaming giant this time.

According to The Wrap, Adult Swim has renewed Netflix’s cancelled Tuca & Bertie for a 10-episode second season. The show’s creator Lisa Hanawalt had this to say about the series:

“I’ve been a fan of Adult Swim shows since my teens, so I’m thrilled to bring my beloved fowl to the party and be a new voice for a fresh decade of absurd, irreverent, yet heartwarming adult animation.”

Just in case you didn’t know, Hanawalt was actually the production designer for BoJack Horseman, and Tuca & Bertie was the first show that she had created herself. The comedy featured top talent as well with Tiffany Haddish (Tuca) and Ali Wong (Bertie) playing the lead birds; Steven Yeun had also played the part of Bertie’s boyfriend, Speckle.

A lot of people were disappointed that Tuca & Bertie was cancelled after one season, and even BoJack creator Raphael Bob-Waksberg had commented that it wasn’t given enough time to find an audience. Personally, I don’t think the humor is as solid as BoJack Horseman, but then again, I’m a man and Tuca & Bertie’s intended audience is clearly supposed to be women; so maybe women have a different opinion about this show?

Either way, I’m glad that Hanawalt is able to make a second season. I think she’s a fantastic creator with a great sense of humor. Let’s hope she gets to finish what she started with Adult Swim this time.