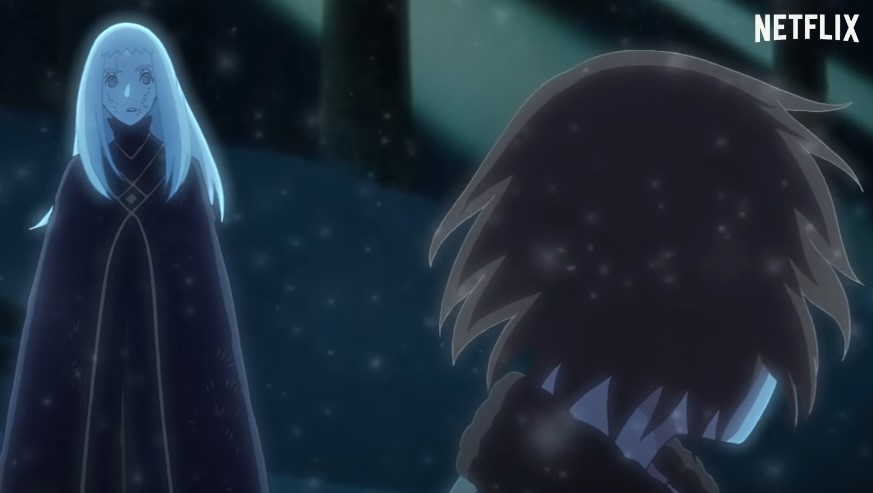 Wit Studio has been behind several hit anime—particularly Attack on Titan— but now the studio has a new anime title coming to Netflix called Vampire in the Garden and a new trailer just dropped.

Watch the trailer for Vampire in the Garden here:

The fateful meeting of a human and the vampire queen may change the world. From WIT STUDIO and a team of talented creators comes Vampire in the Garden.

One cold winter, humanity lost its battle with the vampires, and with it, most of where they called home. A small population of survivors created a wall of light in a small town to protect them and give them a place to live in peace. The protagonist, Momo, lives a repressed life but still wishes to coexist with the enemy, the vampires. Fine, the vampire queen, once loved humans and disappeared from the battlefield. As war rages through the humans’ town, the two have a fateful encounter. Once upon a time, humans and vampires lived in harmony in a place called Paradise. This is the story of a young girl and a vampire on a journey to find Paradise.

The trailer has all the tell-tale signs of a classic Vampire anime like pale characters with long white hair, but Wit Studio gives it that signature flair with the speedy, panning action scenes. While we can expect some violence, I think there’s a real heartfelt story at the center of this movie.

Though Wit may be best known for Attack on Titan, they also have a lot of good variety with their projects like The Great Pretender, which is now available on Netflix. Hopefully we can get a better look at Vampire in the next month before its May premiere.

Vampire in the Garden comes to Netflix on May 16.