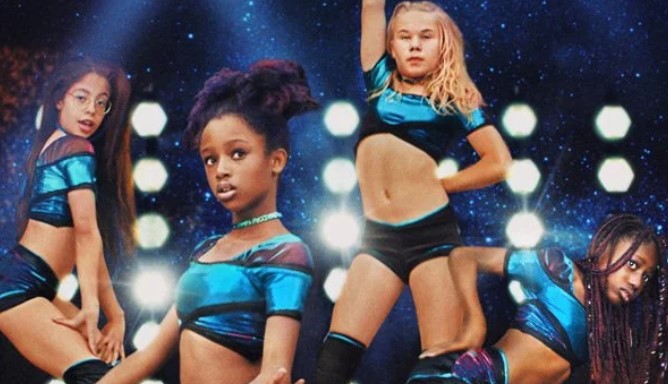 Maimouna Doucoure’s Mignonnes was a film that premiered at this year’s Sundance Film Festival and was winner for Best Directing and a nominee for the Grand Jury Prize. You’ll probably know the movie better as Cuties as it has sparked a lot of controversy over this one poster:

Now Netflix has issued an apology for the ‘inappropriate’ marketing they have used to sell this coming-of-age drama. In a statement released to Deadline, Netflix said:

“We’re deeply sorry for the inappropriate artwork that we used for Cuties. It was not OK, nor was it representative of this French film which premiered at Sundance. We’ve now updated the pictures and description.”

Netflix has admittedly changed the photo and description for the film, but the damage of the marketing has been done. The trailer on Youtube is now looking at 331k dislikes vs 12k likes and everyone has been accusing people involved with the film for promoting pedophilia.

I’ll admit, I walked into the trailer thinking it was going to be terrible, but the movie actually looks like a serious drama and is actually decrying the oversexualization of young girls. Netflix really dropped the ball when they decided to market the movie with that poster.

Now petitions are coming out for Netflix to remove Cuties from the platform and people have started harassing the director Maïmouna Doucouré, calling her nasty things like ‘pedophile’. If anything, Netflix owes here one huge apology as they have potentially ruined her career.

For some piece of mind, here’s a thread of reviews for Mignonnes from people who actually saw the movie:

Some reviews of Maïmouna Doucouré's Cuties (#Mignonnes) by Letterboxd members*.

*who have seen it.

We don’t know how Netflix will manage to navigate this shitstorm, but I’m personally hoping that people will take a break from typing nasty comments and look into the movie beyond the bad poster.

Cuties is set to come out Sept. 9.