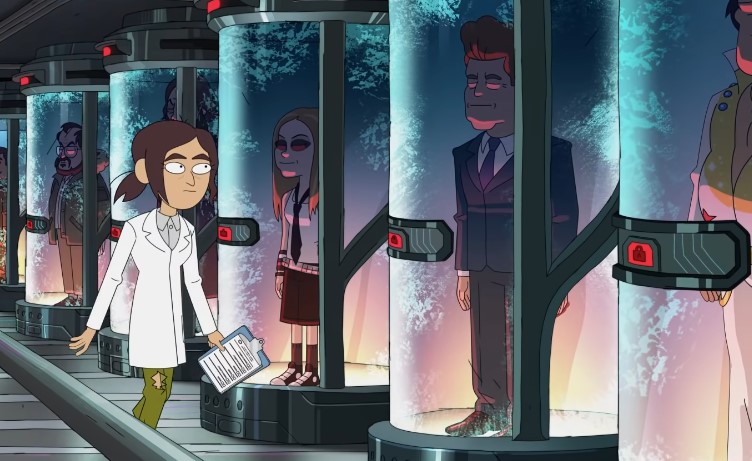 Alex Hirsch had made his mark in pop-culture with Disney’s Gravity Falls, and now he’s teaming up with Netflix for another show filled with conspiracy theories, kooky creatures, and government secrets. The show’s name? Inside Job.

Take a look at the first trailer for Inside Job:

The show actually has a star-studded cast with Lizzy Caplan playing the part of lead Reagan Ridley. Other actors in the show include Clark Duke, Bobby Lee, John DiMaggio, and Andrew Daly. Christian Slater has also been cast in the part of Reagan’s father Randy.

With Gravity Falls being so obsessed with conspiracies and mysteries, a show like Inside Job does seem like the next step for Hirsch. If I do have one gripe, it’s that the show is a lot closer to the aesthetic of Rick and Morty than GF. Either way, Hirsch has a very fun brand of comedy, and I can’t wait to see what he has in store without the PG-rating that Disney had on his last show.

Catch Inside Job when it hits Netflix on Oct. 22.