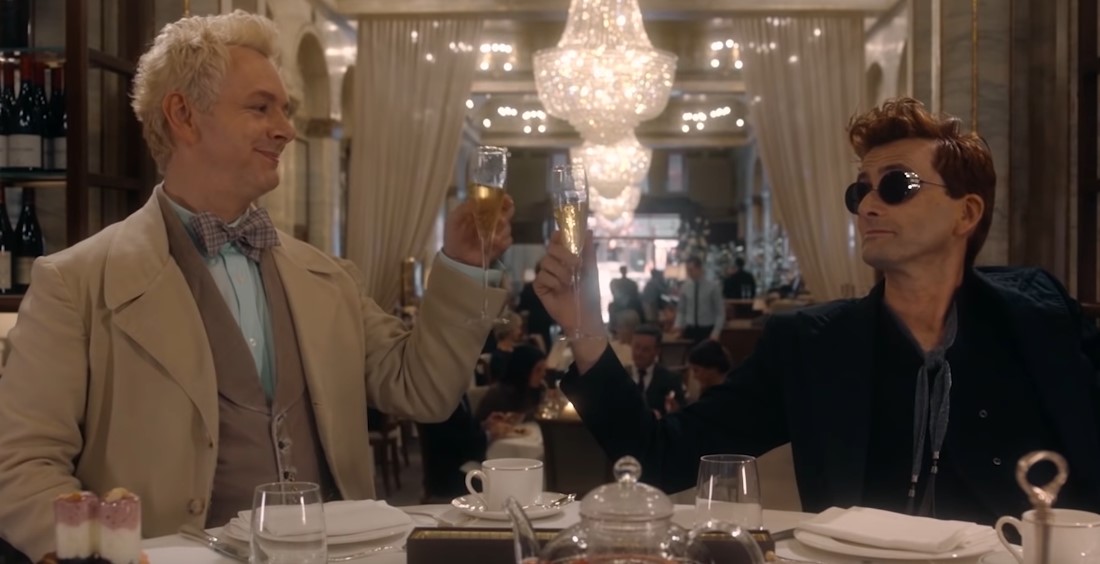 While a lot of people are getting excited over the adaptation of  Sandman for Netflix, another show based on another Gaiman novel has gotten the greenlight over at Amazon.

As announced by Gaiman himself, a second season of Good Omens has been approved by Amazon Prime Video, and though we don’t have any images of the cast, we do have a new teaser poster featuring good friends Aziraphale (Michael Sheen) and Crowley (David Tennant):

We don’t have a story for the second season yet, but with the fantasy that Good Omens draws from, it’s very possible that Gaiman and his team will have several places they could go.

With Good Omens set for a second season, this is just another on top of this current Gaiman-renaissance on TV, with his works like American Gods and Sandman getting adapted as well. There was word of an adaptation of Gaiman’s The Graveyard Book over at Disney, but the project seems to have been put on hold.

Personally, I thought Good Omens was a very kid-friendly show, and it’s ultimate saving grace is the chemistry between Sheen and Tennant. We don’t know where the characters could go in the future, but the show would do well to have some more interesting faces besides the angel and devil.

The End of the World is coming, which means a fussy Angel and a loose-living Demon who’ve become overly fond of life on Earth are forced to form an unlikely alliance to stop Armageddon. But they have lost the Antichrist, an 11-year-old boy unaware he’s meant to bring upon the end of days, forcing them to embark on an adventure to find him and save the world before it’s too late.

No release date has been set for Good Omens 2, but you can catch the first season now available on Amazon Prime Video.