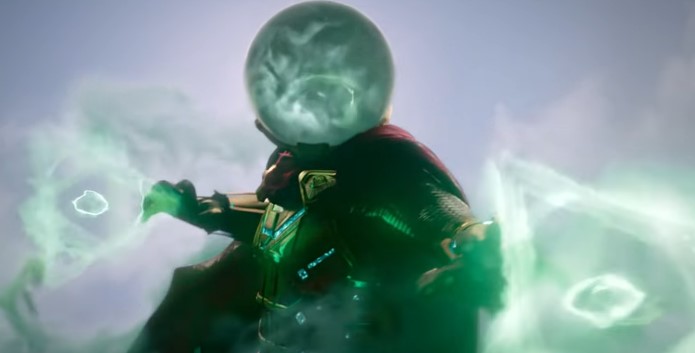 Mysterio may have seemingly died in the end of Spider-Man: Far from Home, but he still managed to get one over Spider-Man by revealing his secret identity to the world. What’s interesting is, it looks like this will pretty much bleed into the setting of the third movie.

As shared by Atlanta Filming on IG, some posters can be found on the set of Spider-Man 3 with a picture of Mysterio captioned ‘I Believe.’ Check them out:

With the Daily Bugle pretty much peddling the story that Mysterio was a hero, it would be interesting to see just how that would affect the rest of the world around Peter. Though the Bugle saying that Spider-Man is a menace only seemed like a small nuisance in the earlier films, it would interesting to see some kind of cult form around Mysterio akin to that of ‘Flat Earth’ conspiracy theorists. It really pushes Mysterio’s ability of being a master manipulator besides just making high-tech holograms.

We don’t really know when Sony plans to release our first look at Spider-Man 3, but the hype is certainly building, what with rumors of a Spider-Verse crossover event happening in the film. While I am excited to see Tobey Maguire and Andrew Garfield back as their own Spider-Men, I hope the film doesn’t forget that this is still Tom Holland’s movie; hopefully he doesn’t get drowned in all the cameo appearances.