Aladdin has already made close to a billion in the box office, and Disney is gearing up for The Lion King to dominate once more. With that in mind, they’ve just released the first teaser for their live-action remake of Mulan.

When the Emperor of China issues a decree that one man per family must serve in the Imperial Army to defend the country from Northern invaders, Hua Mulan, the eldest daughter of an honored warrior, steps in to take the place of her ailing father. Masquerading as a man, Hua Jun, she is tested every step of the way and must harness her inner-strength and embrace her true potential. It is an epic journey that will transform her into an honored warrior and earn her the respect of a grateful nation…and a proud father.

Here’s also a look at the official poster: 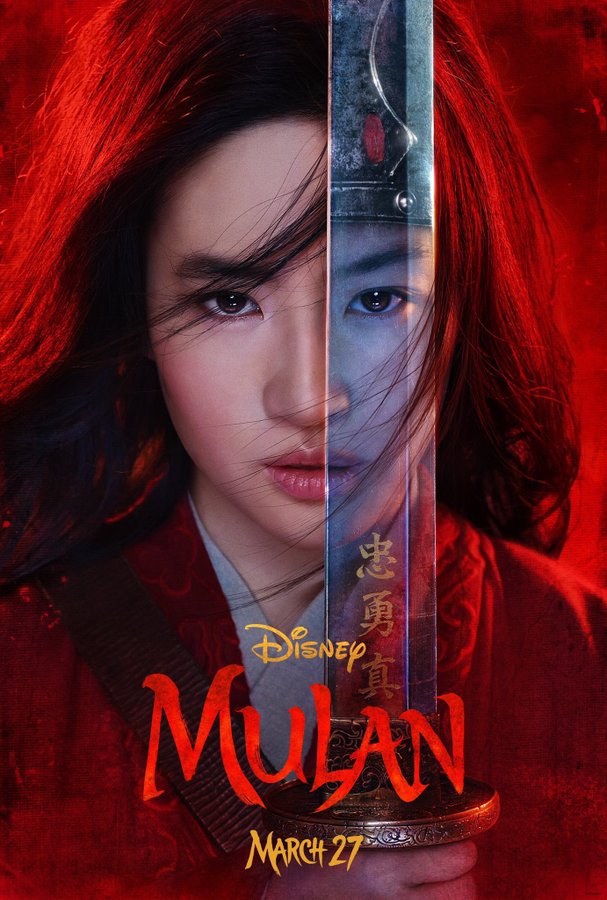 Unlike the classic 1998 movie, the film looks to be more serious in tone and feels more like a Chinese war epic than a Disney movie. It’s been said that there won’t be any of the classic songs from the animated film, plus we also won’t be getting a live-action version of Mushu.

While Liu Yifei does look cool doing all the fighting in the film, I have a feeling that this live-action version kind of missed the point of the original movie. In the original, Mulan isn’t granted with magical strength (like it’s rumored she’ll be in this film), but rather, she gets ahead of everyone with her brains alone. Even her enemy was a man who relied on brute strength; in this movie the main villain is said to be an evil witch.

Of course, I’m basing all my judgement on one teaser and several rumors. Best we just wait and see till the film comes out.