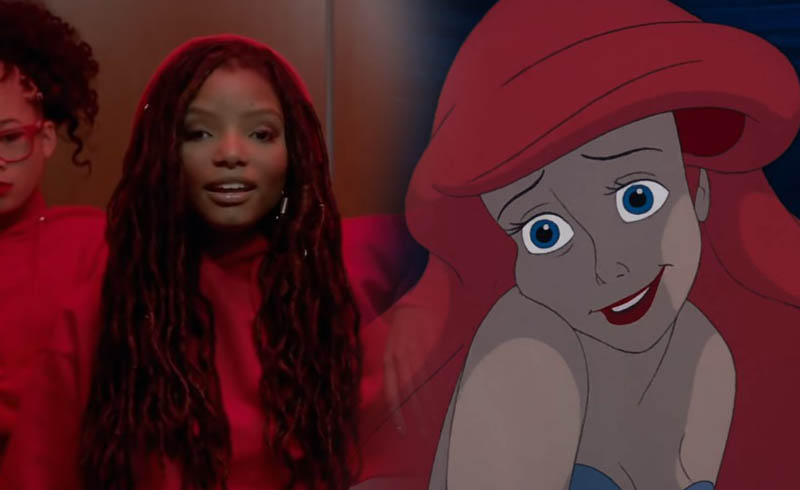 The Lion King may be the last big remake for Disney this year, but we have a lot more live-action movies coming in the next few years. 2020 will see the release of Mulan, and now Disney has found someone to be their new Ariel for The Little Mermaid.

As per Variety, R&B singer Halle Bailey (from Chloe x Halle) has been tapped to star as the live-action Ariel. Though director Rob Marshall was said to have looked at other actresses for the part, it was said that Bailey was a top choice from the very beginning.

Marshall said this about casting Bailey:

“After an extensive search, it was abundantly clear that Halle possesses that rare combination of spirit, heart, youth, innocence, and substance — plus a glorious singing voice — all intrinsic qualities necessary to play this iconic role.”

Before Bailey was announced, a lot of people were convinced that the role belonged to Spider-Man: Far from Home’s Zendaya. She turned a lot of heads with The Greatest Showman, and she just starred opposite Spider-Man in a new film, making her a huge draw. Despite not getting the part, Zendaya is pretty psyched about the casting of Bailey.

Bailey joins a cast that includes Jacob Tremblay as Flounder and Awkwafina as Scuttle. Melissa McCarthy is said to be in talks to be the new Ursula, but I’m hoping they cast an actual drag queen for the part (Ursula was famously based on 70s drag queen, Divine).

No release date has been set for The Little Mermaid, but I predict a slate in 2021.