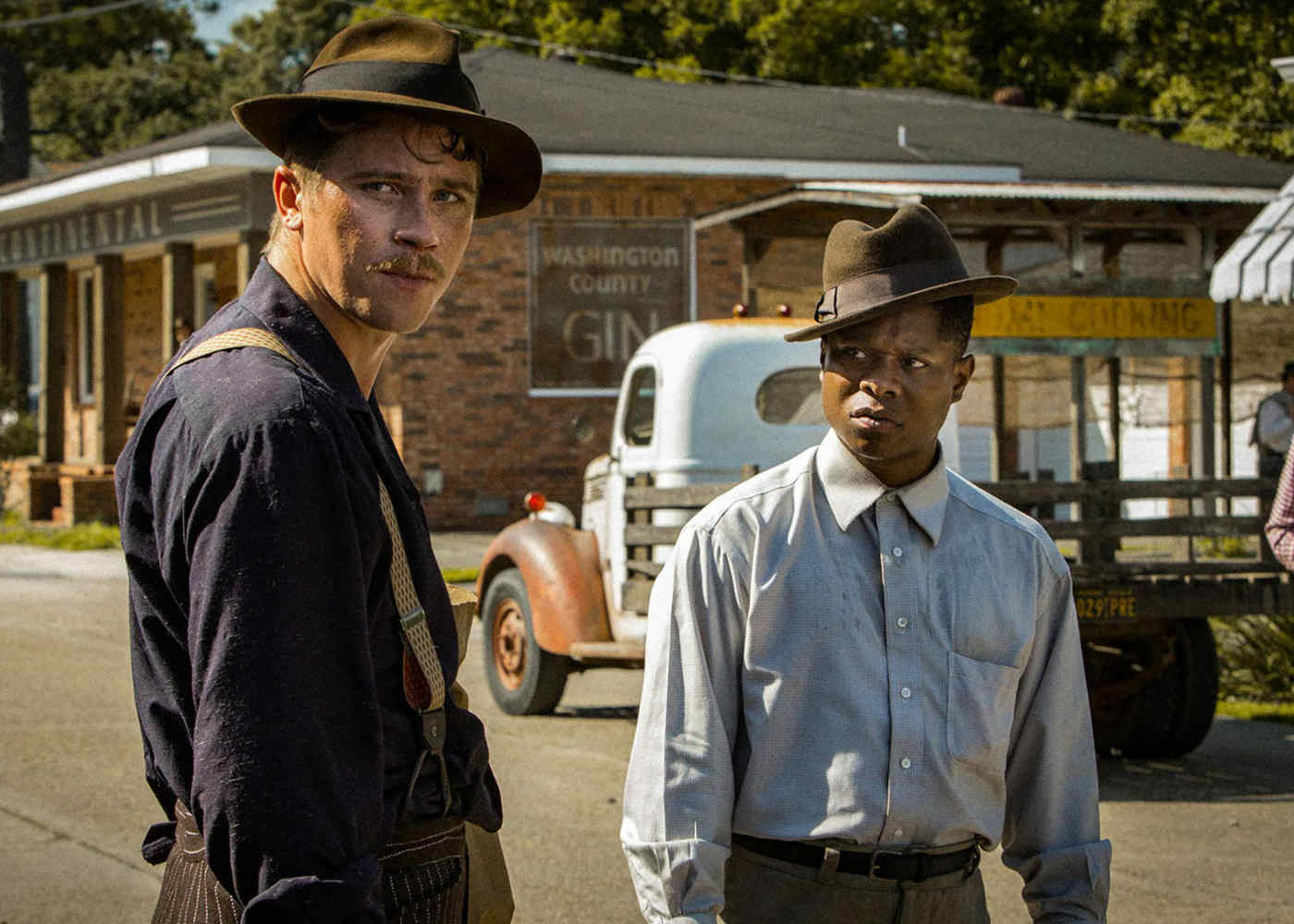 Having stirred the streaming-service as viable awards contenders conversation with Angelina Jolie’s First They Killed My Father, Netflix have made it an unavoidable discussion with Dee Rees tale of Mississippi suffering in Mudbound.

A multi character story wrapped around the time spanning the course of World War II, largely focusing on the rain drenched farmland of Henry McAllan (Jason Clarke), a former city businessman who risks everything, without consulting his wife Laura (Carey Mulligan), to up sticks to a leaky wooden shack in the arse end of Mississippi. He inherits the employ of Hap Jackson (Rob Morgan) and his family, who include mother to four, Florence (Mary J. Blige), and whose eldest son, Ronsel (Jason Mitchell) ships off to war. It’s a fate shared with Henry’s brother Jamie (Garrut Hedlund), a roughish ladies man who ends up dropping bombs over Europe. Mudbound chronicles this intimate web of relationships that are irreparably affected by race, wealth, and war.

Constructed in a classic narrative fashion, Mudbound‘s power is left down to the story. It’s framed prettily enough, making good use of the deep-south locales, to either exacerbate the struggle (rainfall), or signify hope (sunrise at dawn), whilst utilising simple but effective voiceovers as a frame upon which to hang each of the character’s stories.

Those individual threads, though somewhat predictable, never suffer from having to condense events into the runtime in a way that some historical dramas do. You can lose a sense of the weight of time as people come and go from plots, but here they’re stitched together in a cohesive way and grounded by some terrific acting.

Carey Mulligan has made a career of playing women fighting against the oppressive demands placed upon them, and here she’s another character in charge of her own destiny, accepting her place in world and the fact that she doesn’t exactly love her husband, but he “was my rescuer from a life in the margins”. She may have resorted to a role society dictates she should play, but she’s going to fight it. It’s a fist clenching role of empathic sadness.

Similarly, Hap’s family take their prejudice assigned place in the world as workers on the farm, but they always make a point of saying that they’re employed by Henry, not owned by him. During dinner table discussions, hopes and dreams for the children aren’t allowed to be dashed because a person of colour isn’t meant to dream of such things, it’s encouraged. Florence (an outstanding Mary J. Blige) spends most of the film concerned that Ronsel (an equally impressive Mitchell) is simply walking in the footsteps of his forefathers, rather than challenging order.  Mudbound is a film about people in stuck in the gutter of life, fighting in their own way to beat their oppression, and in that regard it couldn’t be more prescient that it’s released now.

It’s also quite a tough watch, understandably so when the Klan are introduced, headed up in brilliant skin-crawling fashion by Breaking Bad‘s Jonathan Banks, but highlighting such racial and human discord, especially when it’s threatening to repeat itself, is what makes Mudbound essential viewing.

With a roll-call of rich characters, and themes that resonate, Mudbound‘s greatest strength is in how despite superficial changes, not a lot of evolution has occurred between this Mississippi mud bath and modern day society, and that’s why it weighs heavy on you long after the credits roll.