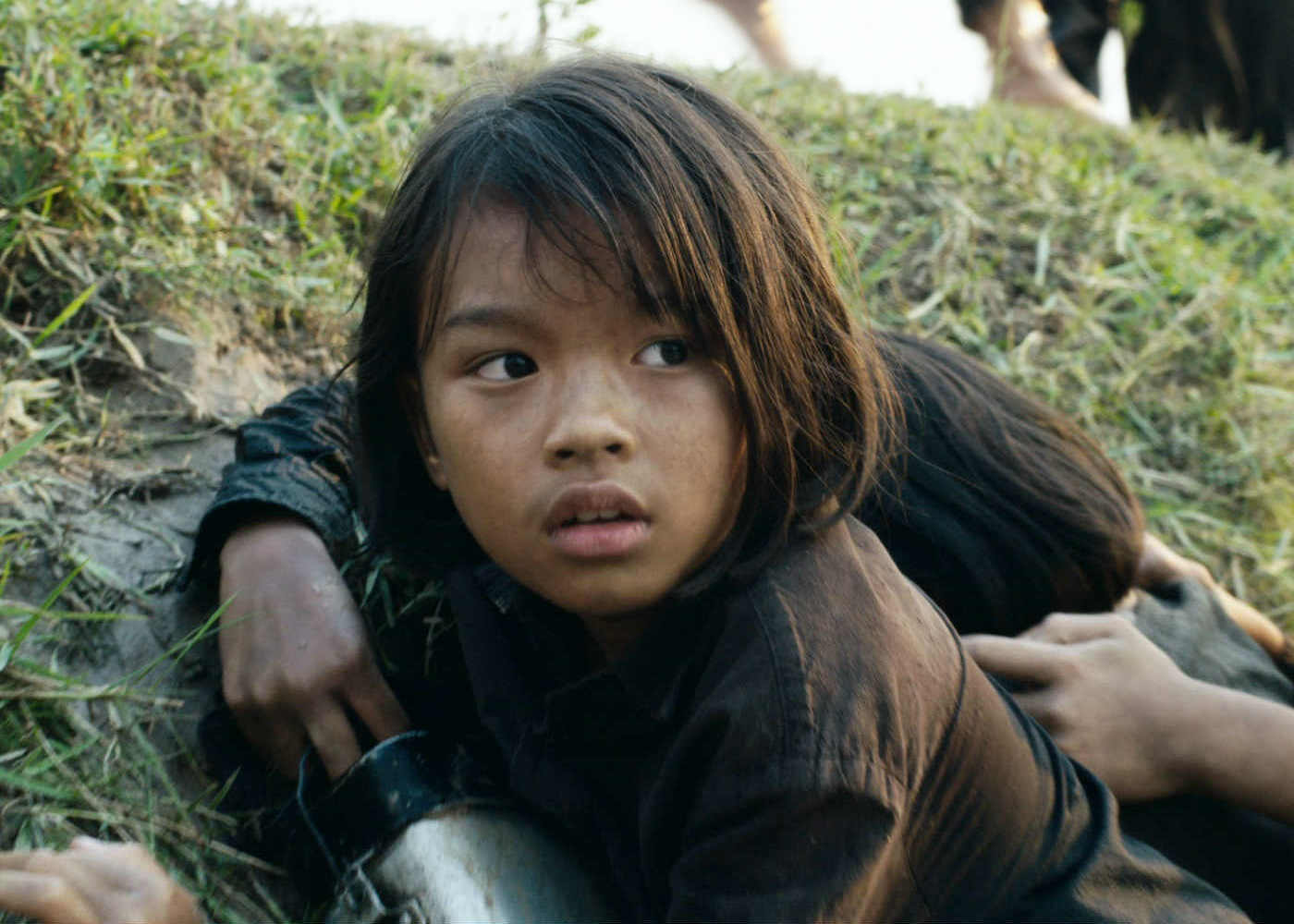 Angelina Jolie has bided her time as a director, experimenting with soft-focus self-indulgence on the forgettable By the Sea, and offering glimpses of something better throughout the lightweight history lesson of Unbroken. Her films all have a common thread though; a struggle to retain humanity, usually in the face of war, whether domestic, or in the case of First They Killed My Father, the unforgiving rule of the Khmer Rouge in a post-Vietnam Cambodia.

Sensibly opting to avoid making this an in-depth account of the region’s political turmoil, Jolie condenses the context into an effective Sympathy for the Devil accompanied montage, before focuses squarely on the dark, soulful eyes of Sareum Srey Moch, the young actress who will be our vessel on this tumultuous journey, living every near-death experience, watching those around her disappear for reasons she, and we, cannot really comprehend, and wringing your own hands as a substitute for not being able to reach out and grab hers.

Srey Moch is Loung Ung, a young girl in a relatively affluent family of seven, whose tranquillity is shaken by the fall out of the Vietnam War and the emergence of the gun-toting Khmer Rouge. Forced to flee and hide their links to the government for fear of execution, the family end up in a worker’s camp, where they’re systematically separated over a period of years, seen through the eyes of one resilient child.

The power of the story is undoubted, based on Loung Ung’s own memoirs, she also wrote the screenplay alongside Jolie, First They Killed My Father is one of those stories that we think we all know, but the film makes us realise that maybe we hadn’t listened. It’s not a preachy movie, or one overtly laying blame at anyone’s feet, it’s just a human story, about how this one girl, with no influence on the madness around her, is irreparably affected by the actions of a cruel world. It’s a film that echoes through time, to this very day, and one which will no doubt be replayed in years to come.

If First They Killed My Father was simply a documentation of the mechanics of war, then it might get lost amongst the generic, much in the same way Unbroken did, but because of the staggeringly good performance by Sareum Srey Moch, you’re entrenched with her fate from the off. With eyes that could tell a thousand tales, and a sparingly used smile which has the impact no dialogue could, our young protagonist carries some heavyweight emotion throughout her journey. A sequence in which she surveys a field of landmines, fully aware of the part she has played in the carnage unfolding before her, is heart-breaking.

Jolie’s direction is less showy than previous efforts, with some beautifully framed sun-kissed shots feeling coincidental rather than forced, even the final sweeping battlefield shots carry an intimacy that ensures you’re linked to the fate of Loung Ung and her siblings. Their story is never lost amongst the scope.

First They Killed My Father is a staggering survival tale, and as the Cambodian entry into the Foreign Language Film category at the Academy Awards, should rightfully find Jolie amongst the behind-the-camera awards discussion next year.