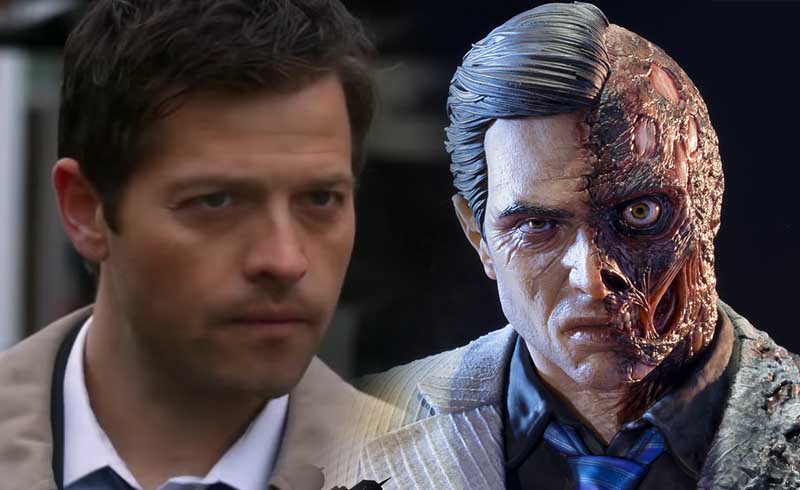 Harvey Dent may not have turned into Two-Face in the first Gotham series, but it looks like the classic Batman rogue is going to be showing up in Gotham Knights.

As revealed on Twitter, Supernatural’s Misha Collins has announced that he would be playing Two-Face/Harvey Dent in the upcoming Gotham Knights on The CW. Here’s his post:

I've asked if my version of the character could be wearing a beige trench coat over the grey suit. (I'm just not sure I'll be comfortable in front of a camera without one.) #newTVgig #GothamKnights pic.twitter.com/a5F1EFnjzX

Though we’re getting a Gotham Knights video game focused on the Bat-Family Batgirl, Robin, Red Hood, and Nightwing, The CW’s Gotham Knights has its own story, focusing on Bruce Wayne’s son teaming up with the children of his enemies. Here’s the synopsis:

Bruce Wayne is murdered, his adopted son forges an alliance with the children of Batman’s enemies, the city becomes more dangerous. However, mismatched fugitives will become its next generation of saviors, known as the Gotham Knights.

With the series focusing on the offspring of Batman’s villains, it’s possible that Two-Face could be one of the parents of this show’s ensemble. We don’t know which other villains could show up, but I’m sure there are a lot of familiar characters to choose from.

Personally, I don’t see how this premise is any different from Disney’s The Descendants, but since this is The CW, I’m expecting the show to be a lot more mature and dark when it comes to its themes. Hopefully we get our first look soon.

As of now, no premiere date has been announced for The CW’s Gotham Knights.