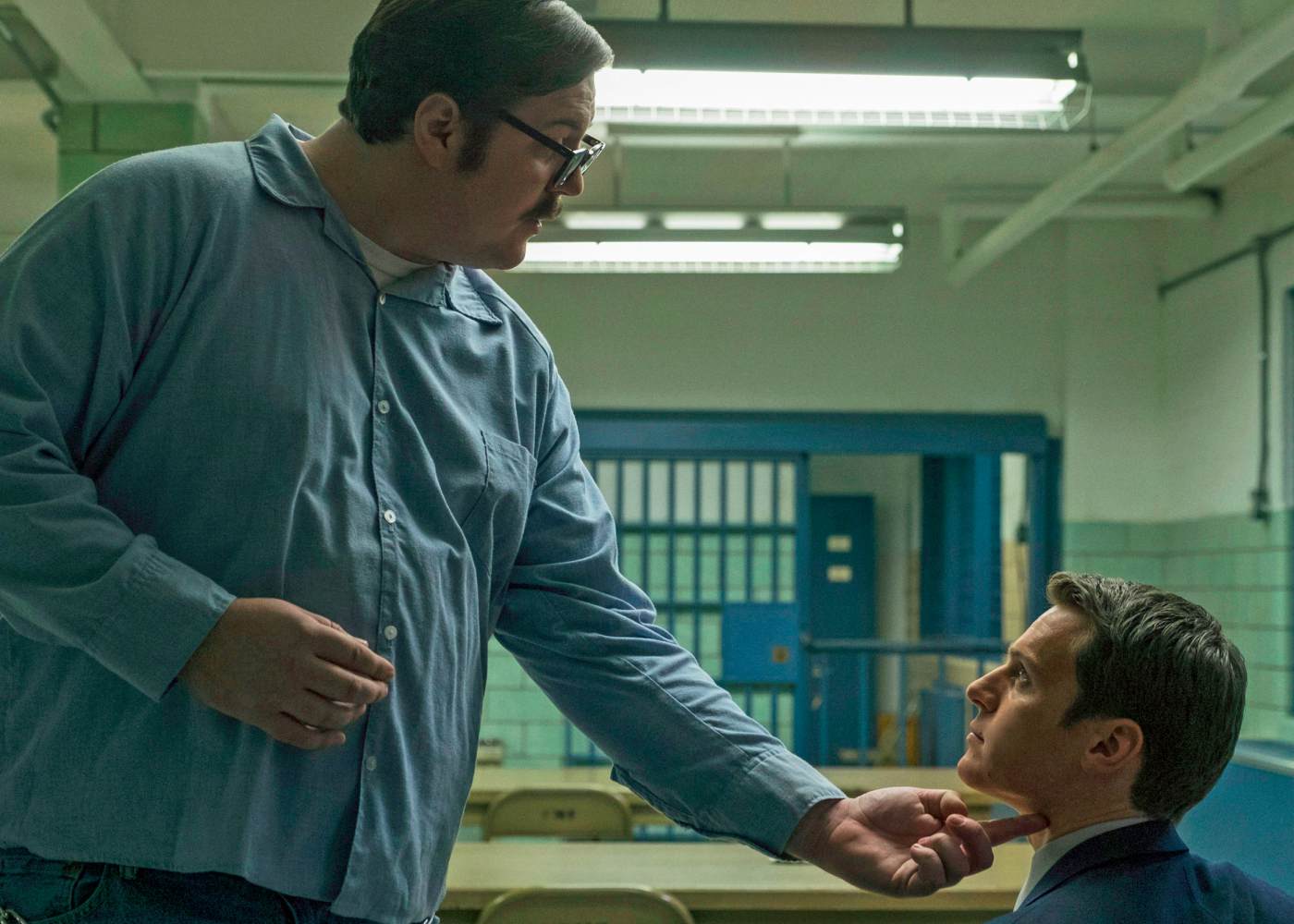 In answer to Ford, Tench says, “He’s gonna take the f—ing thing away from you, he’s gonna kill you with it, and then he’s going to have sex with your face.” That dark humor references the real-life details of serial killer Edmund Kemper’s crimes. Kemper slaughtered six young women in Santa Cruz before killing his mother and her best friend. The details Tench warns Ford about against are alarmingly accurate.

Mindhunter follows Ford and Tench as they develop new profiling techniques for the Elite Serial Crime Unit. Anna Torv (Fringe) joins the cast as Dr. Wendy Carr, a psychologist whose interest in the agents’ new methodology frames their investigative work.

Helmed by Executive Producer David Fincher, the series is likely to draw comparisons to his feature-film, Zodiac. Like Zodiac, Mindhunter follows two investigators delving into the details of serial killer crimes. Adapted from John Douglas and Mark Olshaker’s book, Mind Hunter: Inside the FBI’s Elite Serial Crime Unit, the show draws from the same source material that inspired Silence of the Lambs character Jack Crawford.

Like Zodiac, Mindhunter is set in the early 70s. Fincher remembers growing up amongst the fear of the Zodiac killer, calling him the “ultimate boogeyman.” He told the New York Times it was this “fearsome power of the stranger among us” that also drew him to Se7en. Thanks to Mindhunter, audiences will get to experience that fearsome power over the course of the 10-episode series.

For now, take another look at the show’s chilling earlier trailer.