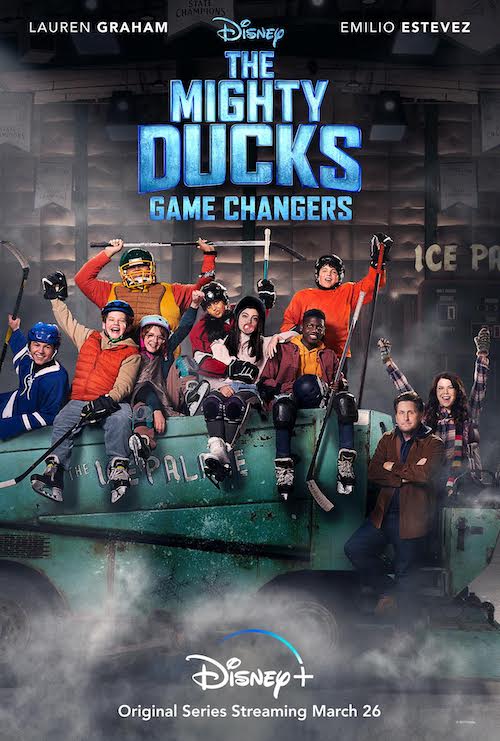 For all of us who grew up on the original films, this is something we’ve been waiting for The Mighty Ducks: Gamechangers!

Starring Lauren Graham as Alex and Emilio Estevez returning as Gordon Bombay with newcomer Brady Noon (Evan) as Alex’s son it appears we’re in for a brand new Ducks.

Years after Gordon Bombay turned the team into a powerhouse meant to be content with it appears the Ducks are now a team that you have to fight tooth and nail to get on with parents going so far as to get their kid’s private coaching. This, of course, leads Evan to not make the team, but in an act of motherly love we see Alex taking on the task that was Gordon’s in the first movie which is creating their own team from scratch.

Now, where is Gordon Bombay? It appears a lot happened since his last appearance in D3. We’re sure we will find out but appears Gordon no longer loves hockey or likes kids, but is running his ice rink. So what happened? Hopefully, we find out rather soon in the first few episodes. As for cameos by past Mighty Ducks? Well so far no word on that front, but knowing Disney it’s probably not too far out of the realm of possibility since they’ve proven time and time again they love to get us with those surprise cameos.

In the 10-episode season and is set in present-day Minnesota and will begin airing on Disney + on March 26th.