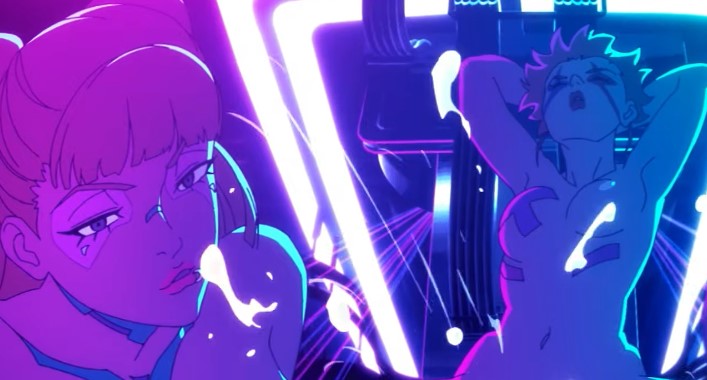 This September will bring us another journey into Night City with the release of Netflix’s Cyberpunk: Edgerunners. We’ve been having some pretty tame previews for a while, but we have a new red band trailer that really gets into the gritty maturity of the show.

Check the NSFW trailer for Edgerunners out:

With Trigger being behind some family-friendly material like Brand New Animal and Little Witch Academia, you can forget that they also make some very pervy properties like Kill la Kill and Darling in the Franxx as well. Even then, the latter titles were pretty tame when it came to the topic of sex—just this trailer alone for Edgerunners had more visual penetration than both KLK and Franxx combined.

While CDPR’s Cybeprunk game does have its very own specific look and feel, it seems that Trigger has added its own signature flare to Edgerunners. Of course, the continuity is still in Night City, but we’re getting it through a completely different and original lens.

If the game isn’t really your thing, maybe Edgerunners will be the perfect jump into Cyberpunk. Who knows, maybe the release of the anime could up the game numbers when it premieres.

The series tells a standalone, 10-episode story about a street kid trying to survive in Night City — a technology and body modification-obsessed city of the future. Having everything to lose, he stays alive by becoming an edgerunner — a mercenary outlaw also known as a cyberpunk.