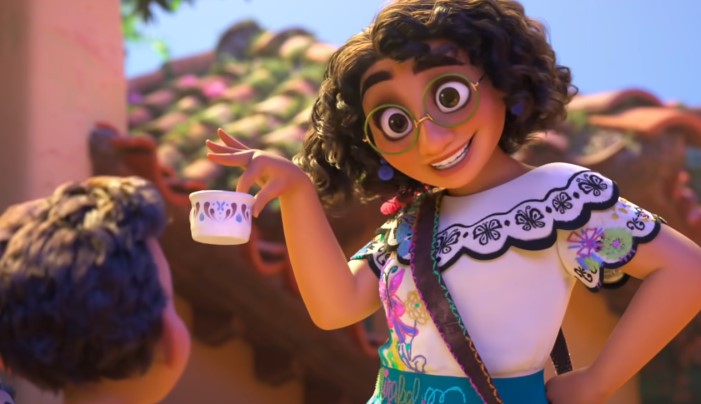 After introducing us to Raya and The Last Dragon, Walt Disney Animation is now set bring us a new animated adventure with Encanto. The movie is set to come out later this month, and we have a new clip with Mirabel (Stephanie Beatriz) introducing us to some key members of her family.

Watch the brand new clip for Encanto down here:

Admittedly, the song is cut short, but I can feel that we already met some of the most important characters of Encanto. Besides Mirabel, we get the mention of a character named Bruno, who we barely get to see in any of the trailers. With Bruno being able to see the future, and having disappeared from the family, I’m sure he’ll know something about the plot which consists of the family losing their powers.

If I were to guess, Bruno was never able to see the future at all, and is just like Mirabel who has no powers. Since this is a Disney movie, we should expect that the central message would be for Mirabel to accept she is extraordinary even if she doesn’t have powers. Then again, with that being obvious, I’m open to Disney trying something a bit more unexpected.

Walt Disney Animation Studios’ upcoming feature film “Encanto” tells the tale of the Madrigals, an extraordinary family who live in a wondrous, charmed place called an Encanto. Each child has been blessed with a magic gift unique to them—each child except Mirabel. But when the family’s home is threatened, Mirabel may be their only hope.

Encanto is set to release in theaters on Nov. 24.