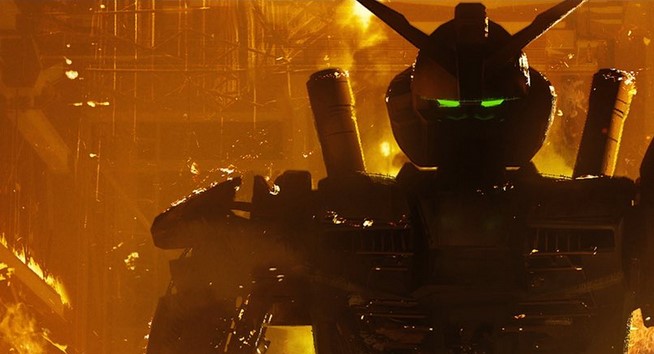 Very few anime franchises have managed to run as long as Mobile Suit Gundam, and Legendary is set to produce a live-action movie with Kong: Skull Island director Jordan Vogt-Roberts. It will be a while before we get a look at a teaser, but we now have our first piece of concept art.

The silhouette doesn’t look like a completed Gundam, but there are a lot of elements that suggest that this could be the granddaddy of all Gundams, the RX-78-2—the very same mobile suit that Amuro Ray piloted in the original series.

As of now, no plot has been released for the Gundam movie yet, but with the franchise having several spinoffs and a ‘main timeline’ (dubbed the Universal Century a.k.a. the UC), there are several directors for the series to go.

If Vogt-Roberts wants to go with a project that sticks to the core elements of Gundam, but isn’t tied down by established UC lore, he could very well make his own timeline like Iron-Blooded Orphans or Gundam Wing. If he wants to introduce the world to the conflict between the Earth Federation and the Principality of Zeon, the Universal Century is a big enough playground for him to tell self-contained stories.

With Pacific Rim essentially being in the same genre as Gundam, a movie is very possible; I guess there would just be a bigger number of mechs on the screen. Hopefully Vogt-Roberts is up to the task.

No release date has been set for the Gundam movie, but hopefully we can get a release by 2023.