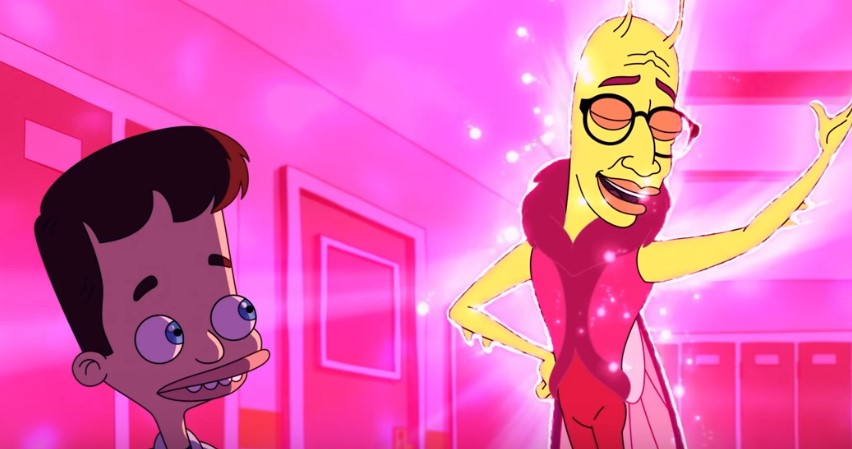 Nick Kroll’s Big Mouth may not be for everyone, but the show is definitely aimed at kids going through puberty. With each season introducing new types of ‘monsters’ that the kids have to tackle, this new trailer for Season 5 introduces us to the Love Bugs/Hate Worms.

Watch the new trailer for Big Mouth season 5 down here:

“Starting with ‘No Nut November’ and continuing through New Years Eve, Big Mouth Season 5 takes on the theme of [love and hate] with the introduction of lovebugs and hate worms, amorphous creatures that can shift between the two forms (like caterpillars and butterflies… Nick’s lovebug, Walter (Brandon Kyle Goodman), pushes Nick to pursue his feelings for Jessi until she publicly rejects him, turning Walter into a hate worm who leads Nick down a dark, rancorous path.

“Meanwhile, Jessi’s lovebug, Sonya (Pamela Adlon), appears as Jessi gets closer with Ali and eventually wonders if she loves her as more than a friend… Jessi and Ali’s new close bond, and joint co-opting of Missy’s affinity group, sends Missy into her own hate spiral, fueled by hate worm Rochelle (Keke Palmer). Jealousy, unrequited love, and newfound crushes abound in this new form-breaking season as the Big Mouth teens navigate 8th grade.”

While the metaphors for puberty certainly aren’t perfect, the show does put a lot of these concepts into an interesting perspective, and it’s the perfect coming-of-age series despite all its gross-out humor.

Catch the fifth season of Big Mouth when it hits Netflix this Nov. 5.