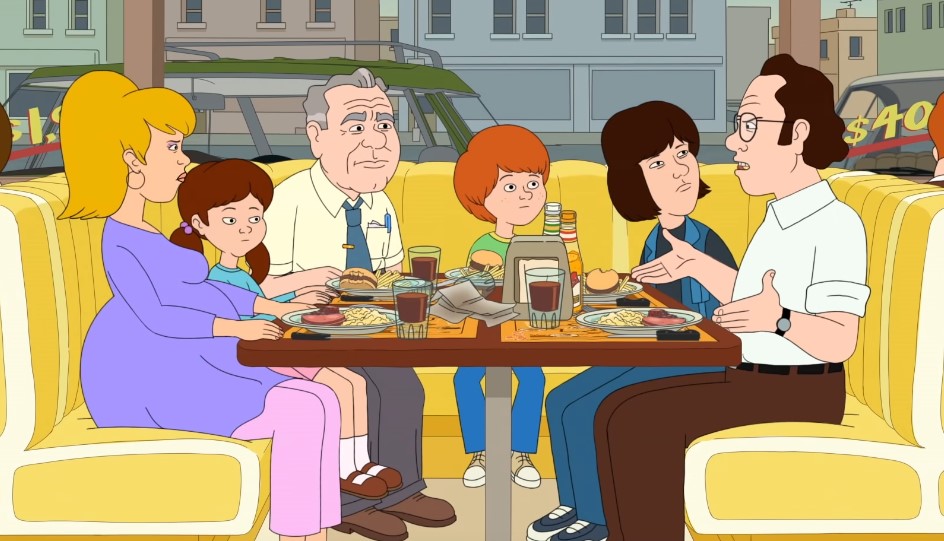 Netflix has a lot of great animated shows under its belt, and after the end of BoJack Horseman earlier this year, we’re now going to have the next season of F is for Family.

While Frank deals with an unwelcome visit from his estranged father, Sue pursues New Age pregnancy support, and the Murphy kids try out new personas.

Seeing that Frank is a pretty dysfunctional when it comes to his emotions, the season is going to bring us face to face with the root of his dysfunction which is Grandpa Murphy. While I was pretty sure that Bryan Cranston was providing the voice of Frank’s father, it turns out to be another Breaking Bad star instead—Jonathan Banks.

Besides meeting Grandpa Murphy, we get to see glimpses of the character arcs for the rest of the Murphy children, with Bill trying out hockey and Kevin finally getting a girlfriend who he’s compatible with. Maureen is still struggling to keep the status of favorite child in the family, and Sue looks to be dealing with the final stages of her pregnancy.

Though family sitcoms are a dime a dozen, F is for Family manages to stand out with its more realistic take on a dysfunctional family, and we get to have the Murphy’s struggle with problems that are almost too real. It’s a very well-written show, and I’m excited to come back and see what’s in store for Ol’ Frank Murphy.

F is for Family comes back to Netflix on June 12.