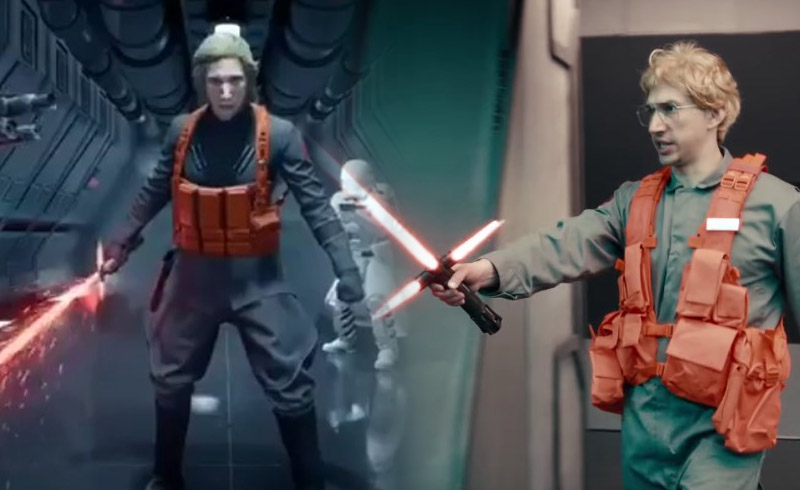 Only a few SNL skits make themselves meme-worthy, but 2016 saw the hilarious introduction of Kylo Ren a.k.a. Matt the Radar Technician. Thanks to a mod in Star Wars Battlefront II, you can now play as Matt and lightsaber your way through Resistance troops.

Just in case you don’t know who “Matt” is, here’s the skit from SNL:

If you can’t watch the video, the skit basically has Kylo Ren (Adam Driver) going in disguise at Starkiller Base in order to get in touch with his underlings. This results in some hilarious exchanges where Kylo (as “Matt”) is constantly bullied by his co-workers and is exposed to the trash talk the troops have about him.

Though Battlefront II is currently receiving a lot of flak from the gaming community, I think it’s pretty cool that the developers have opened the game up to modding. I can already imagine the different skins that will come out, and I hope someone is already working on a “Ben Swolo” skin.

Star Wars Battlefront II is currently playable for Xbox One, PS4, and PC.