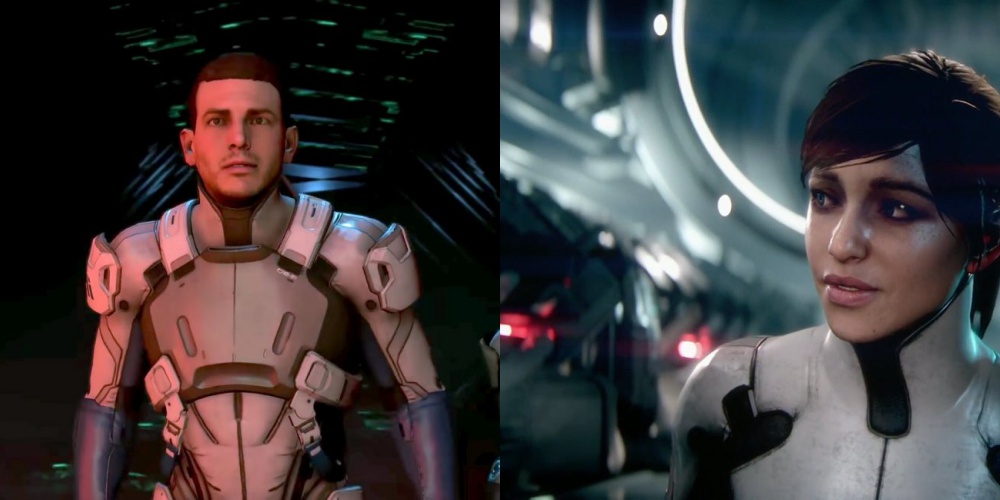 As we get closer to Andromeda’s 2017 launch, more details emerge. At the PlayStation Meeting, we were given a glimpse of 4K alpha-gameplay. While it was fantastic to see, the real excitement unfolded afterwards. In the video, fans were shown a first look at the male protagonist, Ryder. According to BioWare’s creative director, Mac Walters, he’s the brother of the female protagonist.

In the past, Mass Effect had players select one of two optional characters: Male Commander Shephard, or Fem-Shep. Now, the choosing will result in one sibling being the player character, and the other out and about in the world.

“We’re seeing our male character, at E3 we got to see our female character. A little surprise here: These two are actually brother and sister.

“They both exist in the game world at the same time. If you’re playing as the female Ryder, your brother is out there somewhere in the universe.”

However, there’s more to this Ryder family than we thought. Walters also revealed something fascinating about the first Mass Effect: Andromeda announcement trailer:

“The character we saw two E3s ago, the N7, is actually your father. So we have got the full Ryder family revealed. We’ll do names and things in the future.”

How awesome is that? By the future, Walters is likely referring to N7 Day. The announcement trailer left many convinced the N7 was either the player character, or an antagonist of some kind. If it is the latter, here’s to hoping his intentions are kept secret until we get the game in our hands. We know the Ryder family traveled from Earth together, but the announcement video leads us to think they’ve split up somehow.

Let us know your thoughts and theories in the comments below.