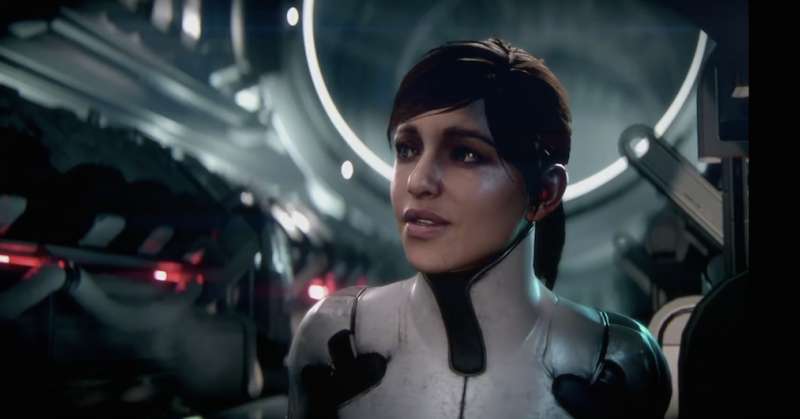 There is very little known about Mass Effect: Andromeda, since BioWare has remained quiet, but we do know we will be venturing where no human has gone before — the Andromeda galaxy. A new character, a new ship, and new worlds to explore is all that has been promised, and now the developer has revealed the name of the character seen at the end of the trailer they premiered during EA’s E3 press conference.

During an interview on the YouTube E3 livestream, BioWare’s Mac Walters announced that the player character, who of course will be either female or male, is named Rider… or Ryder, the spelling of their name has not been confirmed, yet. However, there will be “more than one Rider,” as there is a “Rider family” that will factor heavily into the game’s narrative. What this entails remains to be seen. Could this mean there are a significant number of people aboard the Tempest ship? It would certainly make sense, in regards to Rider’s “we made it” statement at the end of the gameplay trailer.

The next entry into the Mass Effect series is still without an official release date, although the title is scheduled to launch on PS4, PC, and Xbox One in early 2017. To give confidence to those who are unsure of whether or not the game will hit this release window, it has also been revealed that Andromeda is in the final stages of development.