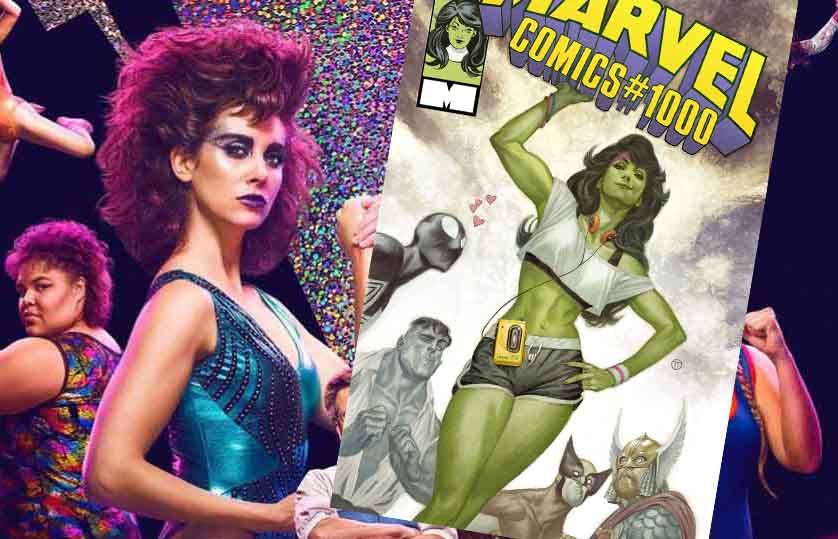 Things are moving pretty fast for Marvel’s upcoming Disney+ series, She-Hulk, and casting is currently underway for Bruce Banner’s cousin Jennifer Walters. Just in, we have a rumor on who Marvel actually wants for the part.

According to insider Daniel Richtman, the studio is looking to cast an “Alison Brie-type” for She-Hulk, which kind of confirms the news that they wanted someone with “comedic chops” to take on the lead role.

At this point, some are wondering if Marvel actually wanted Brie herself for the part, and are just casting in case they don’t manage to nab a deal with her. If you watch her work, you’ll know that Brie is capable of great range; she can be goofing off in something like Community, and before you know it, she’s making us cry in GLOW; not to mention she could pull off a psychotic breakdown in Netflix’s Horse Girl.

If Brie gets cast, she would be the sixth Community star to make an appearance in the MCU. We already have Danny Pudi (Captain America: Winter Soldier), Jim Rash (Captain America: Civil War), Donald Glover (Spider-Man: Homecoming), plus Ken Jeong and Yvette Nicole Brown (Avengers: Endgame). Captain Marvel’s Brie Larson was also in the show, but I don’t think it counts since she was just a recurring role for a few episodes.

At this point, you’d think they’d find a role for Joel McHale; Spider-Man 2 does not count.

We don’t know if Brie will every land the part, but I think she would do a solid job. Some people think they need a bulkier actress, but if Mark Ruffalo doesn’t have to bulk up for Bruce Banner, I think they can do the same with Jennifer/She-Hulk.

No release date has been set for Disney+’s She-Hulk.