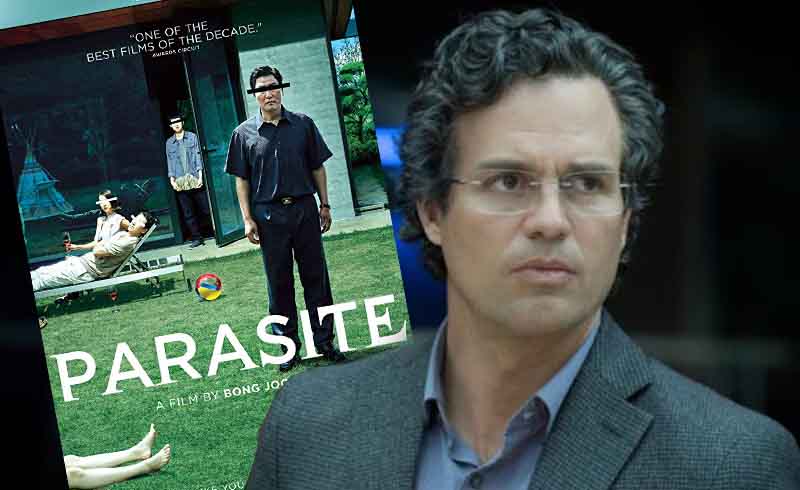 A rumor had been coming out recently that Mark Ruffalo is attached to the Parasite series that Bong Joon-ho is developing with HBO, and as it turns out, it’s actually true.

Ruffalo himself has confirmed that he’s in talks to star in the series, and he tells fans at the C2E2 (via Geek Tyrant):

“We’ve met. I love him [Bong Joon-ho], I love that movie. I might be playing the father in Parasite on a television show. I would love to do it. We’re sort of waiting on the script and all that, but yeah, that’s pretty much true and in the works.”

We don’t know exactly what to expect from this show yet, but it’s said that it will not be a remake of the Oscar-winning movie. Then again, Bong had said that he had several ideas for the film that they didn’t have time to tackle in 2 hours, and that he’s going to be using them for the series. So is it a remake? We’ll just have to wait and see.

While I don’t think TV remakes of a popular movie are good idea, some manage to break the mold and become beloved series. A lot of people loved Hannibal starring Mads Mikkelsen, plus the Psycho remake that was Bates Motel was also well-received.

We don’t know exactly what HBO’s Parasite is going to become, but I’m sure a lot of people are already interested to see what’s in store for the show.

No release date has been set for HBO’s Parasite series.