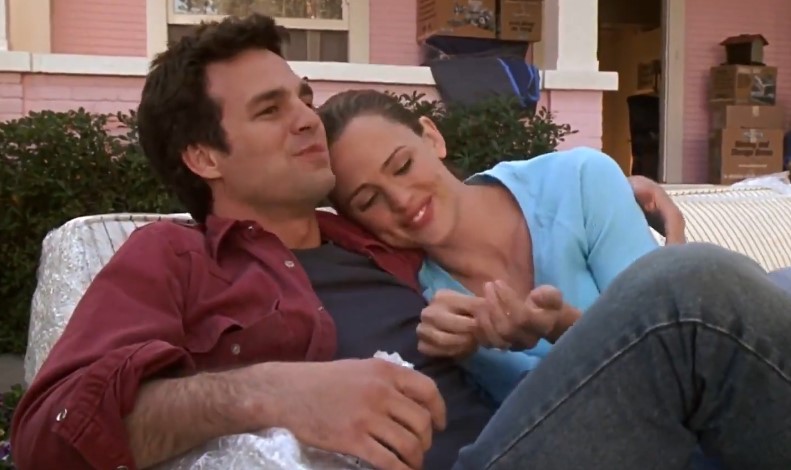 Before he was Bruce Banner, Mark Ruffalo was known for his role as Matt in the 2004 romantic comedy 13 Going on 30 which also starred Jennifer Garner. With the two being cast in Ryan Reynolds’ The Adam Project, Garner and Ruffalo were able to hold a little reunion on set.

Reconnecting with an old pal. Anyone know where we can get Razzles in Canada? pic.twitter.com/gS74KjME20

Just in case you forgot, Razzles was the snack that Matt (Ruffalo) and Jenna (Garner) liked to share when they were younger, and they end up sharing the same candy when they have a heart-to-heart talk in their adulthood.

Here’s the synopsis (via IMDB):

After total humiliation at her thirteenth birthday party, Jenna Rink wants to just hide until she’s thirty. Thanks to some wishing dust, Jenna’s prayer has been answered. With a knockout body, a dream apartment, a fabulous wardrobe, an athlete boyfriend, a dream job, and superstar friends, this can’t be a better life. Unfortunately, Jenna realizes that this is not what she wanted. The only one that she needs is her childhood best friend, Matt, a boy that she thought destroyed her party. But when she finds him, he’s a grown up, and not the same person that she knew.

Personally, 13 Going on 30 is a guilty-pleasure movie for me. While it probably feels like any romantic comedy to anyone watching it today, it was one heartfelt movie for anyone who grew up watching it. Not only do Garner and Ruffalo have great chemistry, but the film also has some great insights on growing up and being careful what you wish for.

Nobody really needs a 13 Going on 30 sequel, but it would be great to see the two reunite onscreen—even if it’s for a different movie. What are the odds that Marvel’s multi-verse will have Ruffalo’s Hulk meeting Garner’s Elektra?

The Adam Project is currently filming right now, but you can probably catch it on Netflix sometime in 2022.