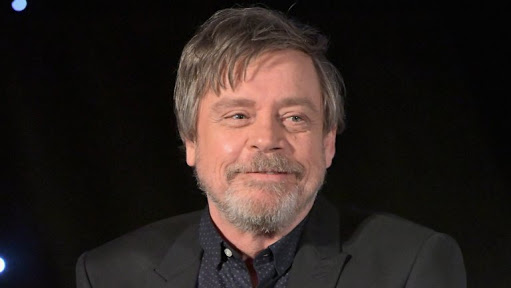 It has been almost four months since the latest installment of the Star Wars franchise, Star Wars: The Last Jedi, premiered. The upcoming Star Wars spin-off, Solo: A Star Wars Story, is about to be released and yet, details about The Last Jedi’s development still make its way to the news cycle.

Considering the very polarizing fanfare, the sustained discussion over the film isn’t all that surprising. In fact, just recently, Luke Skywalker himself has spoken out about The Last Jedi. According to the veteran actor, there were very interesting plot points that were left out in the movie.

In a run-in with IGN, Mark Hamill revealed that his character was supposed to survive The Last Jedi. JJ Abrams, the director of the previous Star Wars film – The Force Awakens, intended for Luke to train Leia before passing. Skywalker’s death is supposed to culminate this trilogy:

“I happen to know that George didn’t kill Luke until the end of [Episode] 9 after he trained Leia. Which is another thread that was never played upon [in The Last Jedi].” quipped Hamill during the interview.

The actor, who also happens to voice another iconic character – Batman, also gushed about his experience working with George Lucas, the original creator of the franchise, and compared Disney’s treatment towards the well-beloved series. According to Hamill, Lucas had an encompassing idea as to how he wants the trilogy to unfold. With the succession of directorial duties in the recent trilogy, the new installments feel like a relay race than a triathlon:

“George had an overall arc – if he didn’t have all the details, he had sort of an overall feel for where the [sequel trilogy was] going – but this one’s more like a relay race. You run and hand the torch off to the next guy, he picks it up and goes. Ryan didn’t write what happens in 9 – he was going to hand it off to, originally, Colin Trevorrow and now J.J. […] It’s an ever-evolving, living, breathing thing. Whoever’s onboard gets to play with the life-size action figures that we all are.”

The encounter with IGN is not the first time the actor spoke about Star Wars in relation to George Lucas. Even before The Last Jedi hit the theatres, Hamill has already revealed that he wanted Lucas to have been more involved in the Disney-backed Star Wars movies:

“What I wish is that they had been more accepting of his guidance and advice. Because he had an outline for ‘7,’ ‘8,’ and ‘9’. And it is vastly different to what they have done.”

However, the actor was quick to clarify that the older movies weren’t necessarily better than the new ones. He is just very thankful that the franchise is more popular than ever:

“But then again, I don’t want to be an old stick in the mud. There were the originals. There’s the prequels. But that’s all George. And now we have the next generation. And as far as I can see they are more popular than ever.”