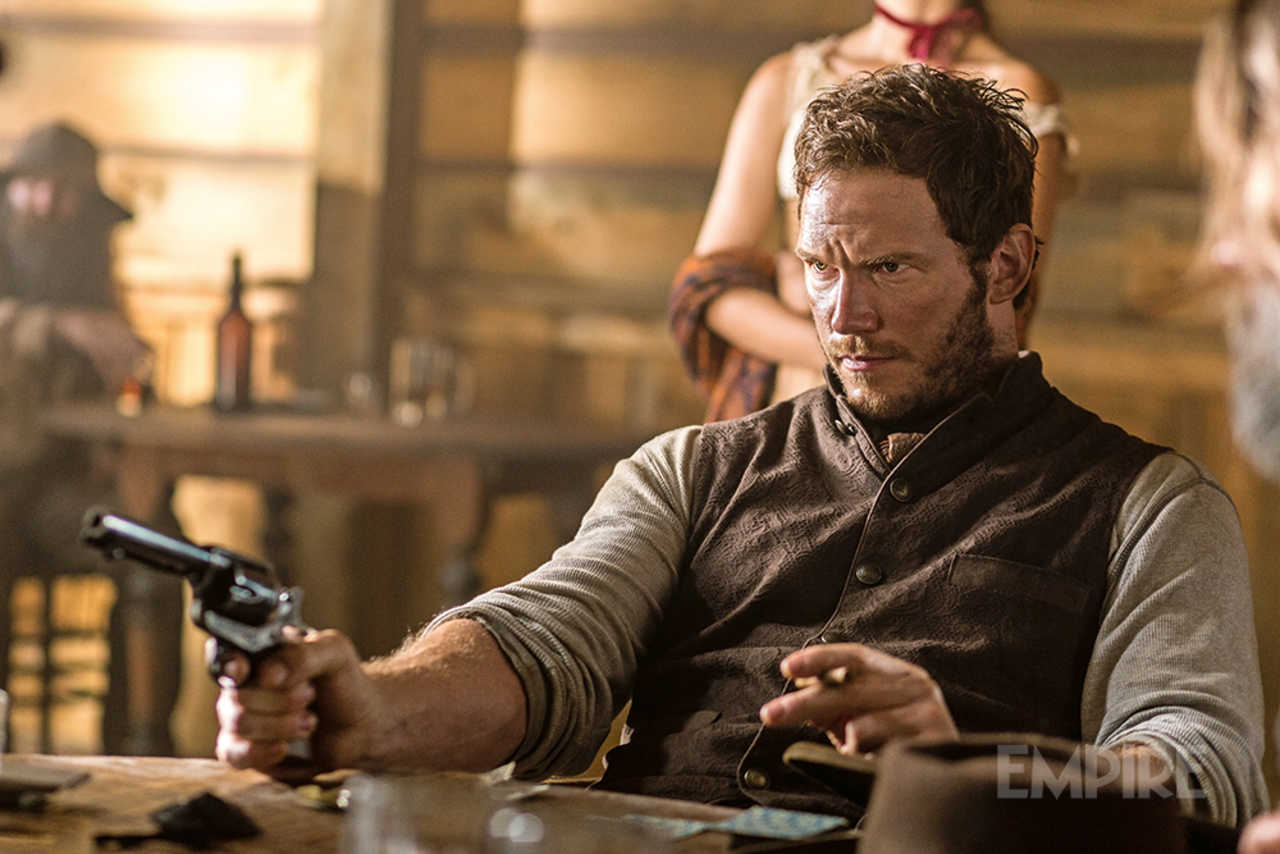 The expectations for western-remake The Magnificent Seven were all over the map, ranging from $24 million to as high as $51 million. However, its weekend performance fell right into Denzel Washington’s wheelhouse. The film co-starring Chris Pratt and Ethan Hawke roped in an estimated $35m over the weekend, an opening right in line with Denzel’s The Equalizer, also directed by Antoine Fuqua, which earned an opening weekend of $34m. This is still a satisfactory result. The western genre has never really seen blockbuster-level openings, and to be fair, $35m is on the higher end of Washington’s typical opening weekends.

Estimations were optimistic that the film was poised to break out even more than it did. A PG-13 rating, the novelty of Washington in a western, the addition of Chris Pratt, and a solid marketing campaign had many believing the film could go higher. Alas, $35m is still a solid win for Sony. Magnificent Seven earned a decent 62% Fresh rating from Rotten Tomatoes, and scored a nice A- from Cinemascore. The film may face some competition in the coming weeks, but the remake should be able to climb past $100m domestic by the end of its run.

The animated Storks arrived in second place with a so-so $21 million opening weekend. This result for the $70m-budgeted Warner Bros. feature is about as good as can be expected. Decent holds should allow the film to pass its budget in terms of grosses, but this is no Cloudy with a Chance of Meatballs or Hotel Transylvania. It would take some seriously good holds in the coming weeks and a decent international performance to see profitability.

Sully dropped down to third place, dipping only 36% from last weekend for a $13.8m gross. With a running total of $92.3m so far, it should handily pass $100m next weekend, becoming Tom Hanks’ 19th film to do so in his career.

Last weekend’s openers are not retaining their audiences very well. Bridget Jones’s Baby and Snowden both dropped about half of their audience, while Blair Witch saw almost 60% of its audience escape. The three films are all hovering around $15-16m in total so far.

In other holdover news, Don’t Breathe is still enjoying an incredible run for a horror film. Dipping only 32% this weekend, the thriller earned another $3.8m to boost its total to $81.1m. Suicide Squad is also still hanging around in the top ten after eight full weekends. The DCEU installment took in another $3.1m for a total north of $318m. It will wind up within spitting distance of Batman v Superman: Dawn of Justice before it exits theaters. 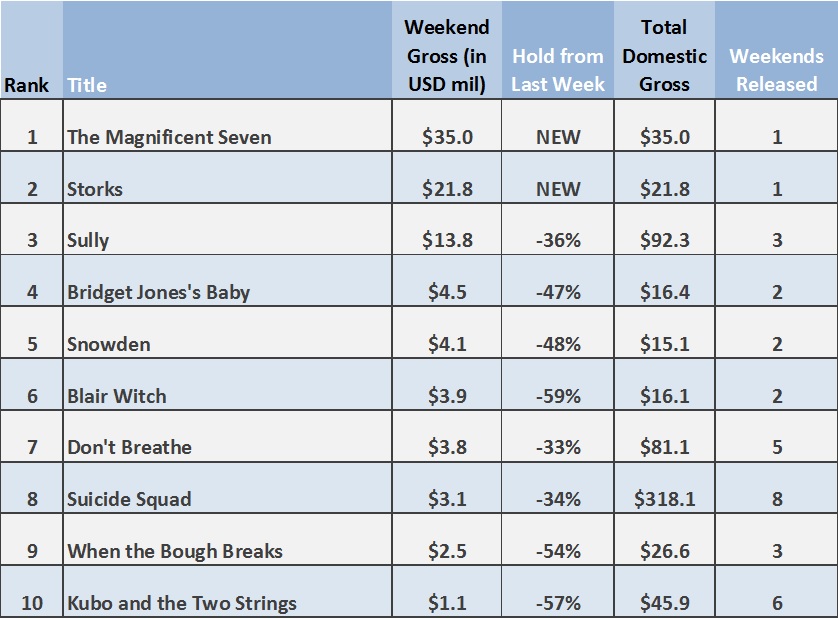