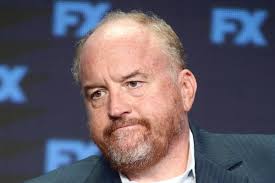 There is no doubt how the last few months have seen the growth of the #MeToo movement into massive proportions. The movement has brought on radical changes in Tinsel Town. This includes impending criminal punishment to Hollywood big wigs like Harvey Weinstein and Bill Cosby who have previously used their power to abuse women in the industry. It also included the comedian Louis CK.

Nevertheless, it seems like some perpetrators are slowly trying to make their way back into the scene.

Just last week, comedian Louis C.K. performed for the first time after confirming the allegations pressed upon him late last year. The reactions, unsurprisingly, were mixed.

Louis C.K. performed a set at the Comedy Cellar around 11 p.m. on August 26, 2018. The seasoned comedian did a 15 minute set – much to the surprise of the audience and the other performers on the bill that night.

Mo Amer, a performer scheduled on the same evening, revealed in an article from The New York Times that he didn’t know C.K. would be taking the stage that Sunday night. According to Amer, C.K. was very good. His latest set was reminiscent of his old material. The audience of 115 welcomed C.K. warmly. Like his material, he was dressed in his classic black V-neck and gray pants.

Noam Dworman, owner of the Cellar, wasn’t in attendance that night. However, his staff informed him about the crowd’s reception of C.K. return. He also caught a recording of the set. Dworman revealed that not everybody was happy about the surprise Louis C.K. show. Several audience members emailed Dworman complaining about being ambushed. They preferred that they had a choice on whether or not to see Louis C.K. or not.

Nevertheless, Dworman has since explained that it was a difficult decision that he made but he is standing by it. He believes that doing something wrong shouldn’t determine the rest of someone’s life:

“I understand that some people will be upset with me. I care about my customers very much. Every complaint goes through me like a knife. And I care about doing the right thing. There can’t be a permanent life sentence on someone who does something wrong.”

Following the news, the comedian has admitted to the allegations. In an official statement, Louis C.K. explained that he has learned from his past yet he remains remorseful for what he has done:

“These stories are true. At the time, I said to myself that what I did was O.K. because I never showed a woman my dick without asking first, which is also true. But what I learned later in life, too late, is that when you have power over another person, asking them to look at your dick isn’t a question. It’s a predicament for them. The power I had over these women is that they admired me. And I wielded that power irresponsibly. I have been remorseful of my actions.”

Currently, there is no updates on Louis C.K.’s future appearances.