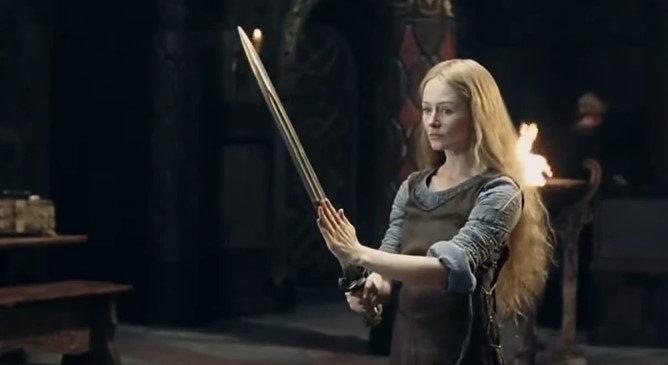 Amazon Prime Video may be taking live-action Middle-earth to the small screen, but WB has greenlit an animated movie prequel that will tell the story of the Rohirrim from Rohan. We don’t have a look at the movie yet, but the film has cast a familiar voice from the original trilogy.

As per Deadline, Miranda Otto will be voicing the part of Eowyn in Lord of the Rings: War of the Rohirrim. Though Eowyn didn’t exist yet during the timeline in WOTR, she will be playing the part of the narrator of the story.

Other cast members include Brian Cox (Succession), who is said to be providing the voice of Helm Hammerhand, the king of Rohan whom the stronghold Helm’s Deep as named after. Here’s the official story description:

The anime feature, directed by Kenji Kamiyama, is set 183 years before the events chronicled in the original trilogy of films. A sudden attack by Wulf, a clever and ruthless Dunlending lord seeking vengeance for the death of his father, forces Helm and his people to make a daring last stand in the ancient stronghold of the Hornburg – a mighty fortress that will later come to be known as Helm’s Deep. Finding herself in an increasingly desperate situation, Hera, the daughter of Helm, must summon the will to lead the resistance against a deadly enemy intent on their total destruction.

The film is still set for a 2024 release, so it could be a while before we get to see a trailer. I guess it’s a good thing that we’re also getting a prequel with Amazon’s Rings of Power.

LOTR: War of the Rohirrim comes to theaters on April 12, 2024, but you can watch out for LOTR: The Rings of Power comes to Amazon Prime Video on Sept. 2.