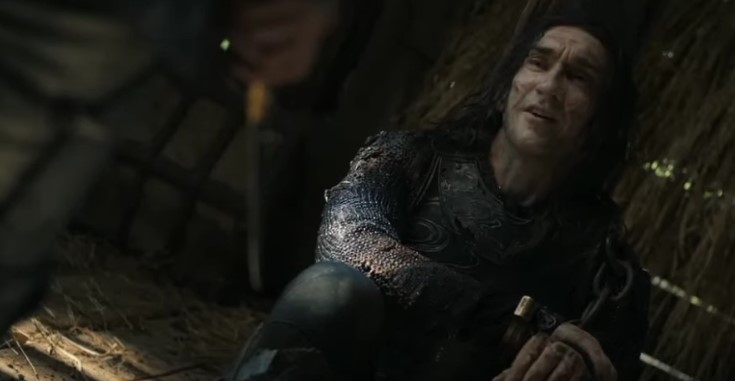 There were a lot of characters to love in Amazon’s Lord of the Rings: The Rings of Power, but besides ‘Sexy Sauron’ Halbrand, we also had ‘Orc Daddy’ Leader Adar played by Joseph Mawle. Though a lot of fans were excited for Adar’s return in the second season, it looks like he won’t be the same one we meet in Season One.

According to Deadline, Joseph Mawle will be stepping down from the role of Adar and will be replaced by Peaky Blinders actor Sam Hazeldine. No specific reason has been explained as to why Mawle was replaced, but some speculate that it had something to do with Adar only being wanted for one season, but since they reshuffled the story to have him appear in Season Two, Mawle wasn’t able to properly schedule a return. Here’s Mawle’s post about exiting the show:

I loved my time exploring middle earth and diving into Tolkien’s mythology. I’m so honoured that the character was liked. He cared deeply about telling you his story. Though as an actor it remains my wish, my job description to explore new characters and worlds. Wishing all the

It’s certainly a shame that Mawle should leave the part, especially counting that a lot of fans had really grown to gravitate toward Adar. Though Orcs are the unquestionable evil in Middle-earth, Adar does prove a point to Galadriel that they need a place to call their home as well—despite their status as ‘corrupted elves.’

If one thing’s for sure, Hazeldine will have some incredible shoes to fill by taking on the role of Adar. Let’s hope he can stand beside Sauron when the two end up clashing for who gets to rule Mordor.

No release date has been set for the second season of Lord of the Rings: The Rings of Power, but you can catch the complete first season now on Amazon Prime Video.