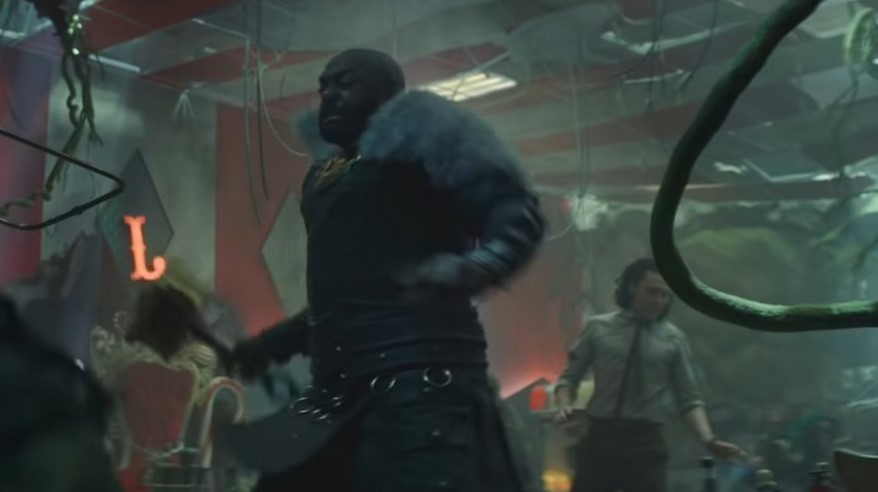 Though the episode last week was considered to be a lackluster, Loki’s plot once again picks up the pace with the latest episode. The mid-credits scene has introduced us to four more Loki variants, and one of the actors, DeObia Oparei, gives us a better look at his Loki.

Thrilled to be a part of the MCU & excited to have been intro’d in Ep 4 of #LokiWednesdays pic.twitter.com/KasuBFQTjW

So far, the credits list Oparei’s variant as ‘Boastful Loki’, and while we don’t expect him to have any serious backstory, it’s going to be interesting to see how he plays off the other variants.

One thing that a lot of fans noticed is that Oparei’s Loki is wielding what looks to be his own magic hammer. Some suspect that this could be a variant version of Mjolnir, but others are guessing that it could be a magic hammer of Loki’s own make; in the comics, Loki crafts Stormcaster, which he gives to Ororo Munroe (a.k.a. Storm of the X-Men), turning her into the Goddess of Thunder.

Could Oparei’s character be hoding Stormcaster? Or was he a variant that was worthy of Mjolnir, hence the TVA abducted him because the hammer is meant to go to Thor?

For now, the plot thickens as it’s been revealed that someone else is behind the Time Keepers. Though it looks like Ravonna Renslayer could be the secret puppet master, it’s possible that there could be another ‘Palpatine’ in the shadows that is yet to reveal himself.

Catch the next episode of Loki on Disney+ Wednesday, July 7.