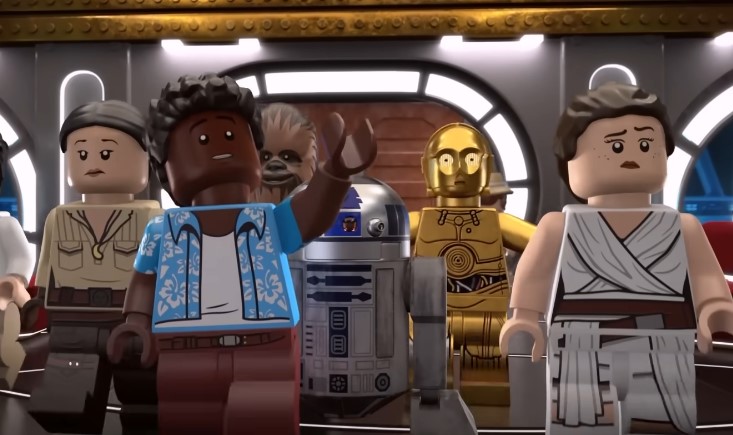 After a Christmas and Halloween special, LEGO Star Wars is back for another holiday treat with LEGO Star Wars Summer Vacation. The special arrives on Disney+ this August, and we have a clip of Finn and friends arriving at what looks to be the real-life Galactic Starcruiser hotel.

Just like with previous holiday specials, we should expect Summer Vacation to encompass all eras of the Star Wars universe from the Prequel Trilogy to the Sequels. Even though the main cast includes the likes of Poe, Rey, and Finn, we should expect appearances from Darth Vader, Obi-Wan, and maybe even Jar Jar as well. Not to mention we could see some faces from other spinoffs like The Mandalorian and Book of Boba Fett.

Admittedly, it’s kind of a shame that we haven’t gotten anything from the Sequel Trilogy on the big screen, but until then, we have these fun LEGO specials that might as well be our closest thing next to canon.