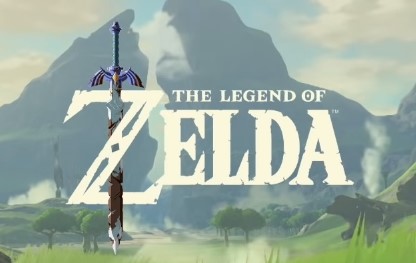 Adapting video games into movies or tv shows is not anything new. Since video games became popular, people have been just as hungry for a narrative to accompany the game. With that said, it isn’t surprising how rumors point to another very popular game getting the television treatment – Legend of Zelda.

According to several reports, Nintendo’s Legend of Zelda would soon come alive in the small screen. The development has progressed so much that a producer has reportedly signed onto the project.

Adi Shankar has been supposedly tapped to be the executive producer of the rumored Zelda series. In an update posted on Shankar’s Instagram, the producer alluded to working with an “iconic Japanese gaming company” for a new series. Shankar was coy about giving details about the tv show. However, he did say that come November he would make the big reveal:

“I can confirm that I’m working with an iconic Japanese gaming company to adapt one of their iconic video game series into a series. On November 16 @ 1 pm I’m going to announce what it is. I love you all. Thank you for following me on this journey. Entertaining you guys continues to be a privilege.”

Shankar seems to be the perfect choice for the project considering his impressive resume. In fact, the producer has recently been involved in the series adaptation of Netflix’s Castlevania. The animated web series is getting has recently released its second series. And thus far, critics have had nothing but good words for the show.

Unfortunately, Nintendo has been a lot more tight-lipped about the project than Shankar. When asked about Legend of Zelda, Nintendo was succinct. They had nothing to announce at this point:

“We have nothing to announce on this topic.”

Truth be told, getting the Legend of Zelda series off the ground was a long journey. Three years ago, there were already reports that Nintendo was partnering with Netflix in order to create a series based on the popular video game.

Legend of Zelda, which was launched in 1986, is arguably one of the most popular video games ever. It has amassed a cult following in its three-decades-long history. It has been so well-regarded that some video game critics have called it the best game ever.

Victor Luckerson from The Ringer has gushed about Legend of Zelda Ocarina in Time in a recent article. According to the writer, despite higher modern standards, Ocarina in Time holds its own against games with modern graphics, complex narratives, and fleshed out characters:

“Link’s core ability in the game is to alter timelines, traveling between his childhood and adulthood to chart a future in which Ganondorf is vanquished. And Ocarina of Time, despite being a muddy polygonal soup by 2018 standards, despite birthing sequels direct and indirect that better it by every technical measure, despite that dumb goddamn owl, is still the best game ever.”

For news about the Legend of Zelda television adaptation, fans would have to wait until November to get a confirmation.