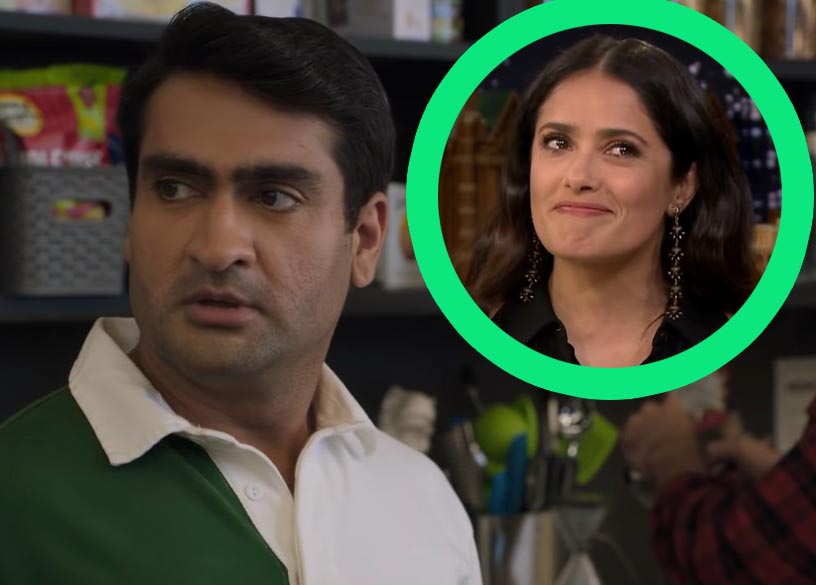 The last season of Silicon Valley should have been our hint at Kumail Nanjiani’s bodybuilding prowess, but he decided to go and reveal his full body transformation on IG just this week. The internet collectively dropped its jaw, but who else is shocked? Nanjiani’s Eternals co-star Salma Hayek.

(Just in case you’re wondering about the Spanish part of the tweet, it’s just the first sentence translated.)

With Nanjiani best known for his comedic roles, I’m sure no one was expecting him to get entirely buffed up for Eternals. Then again, funny guys like Paul Rudd and Chris Pratt also had to go through the ‘MCU Super Soldier Machine’, so I wouldn’t expect less when it comes to Nanjiani.

If anything, I’m almost sure that Nanjiani will want some kind of shirtless scene in the movie. After all, he’s been training to look like this for a year. You don’t just do that without the purpose of flaunting it one way or another.

That’s why I kind of felt for Brie Larson who was teasing all of her bodybuilding prowess before Captain Marvel came out; her super suit covered her entire body, and we never really got to see any of that muscle she was working on onscreen. Let’s hope Marvel doesn’t work her too hard for the sequel.