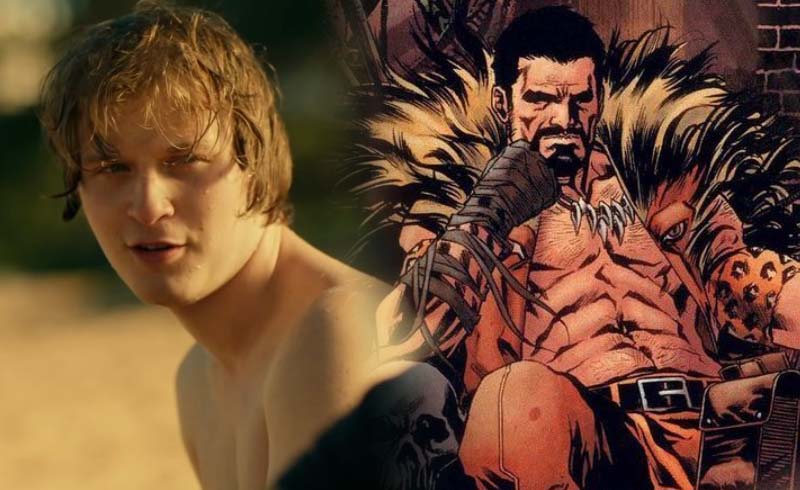 No matter how ill-conceived fans thought the idea was, Sony Pictures is moving forward with their Kraven the Hunter movie. Aaron Taylor Johnson has been signed up for a while, but now we have a new cast member joining him.

Deadline reports that Fred Hechinger (The White Lotus, Fear Streat) is joining Kraven the Hunter in the role of the Chameleon. In the comics, Chameleon is known as a master of disguise, and is also the half-brother of Kraven.

We don’t really know what Chameleon’s role in the film will be, but I suspect that he could be Kraven’s partner-in-crime. A rumor is going around that Russell Crowe has actually been cast as Kraven’s father in the movie, and I imagine that there could be some kind of family drama that pits the brothers against their father.

So far, fans are still wondering what exactly the place of Sony’s Spider-Verse will be when it comes to the MCU, because characters seem to be crossing over all the time. We thought that Morbius took place in the MCU because of an appearance from Michael Keaton’s Vulture, but he also knows about Venom who isn’t even from the MCU.

We don’t know when Sony plans to give us our first look at Kraven the Hunter, but I’m going to remain skeptical until we get our first trailer. I’ll admit, I didn’t think Venom was going to be a good idea either, but even if I didn’t like the film, it still made a lot of bank in China; maybe Sony is leaning in on that idea for the rest of their upcoming Spider-Man spinoffs?

Kraven the Hunter is expected to come out Jan. 13, 2023. The next Spider-Verse spinoff, Morbius, hit theaters on April 1.