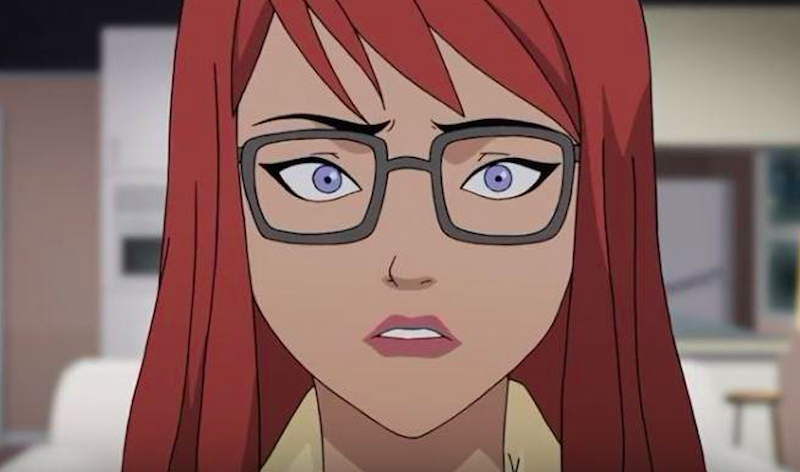 Spoilers follow for the Batman: The Killing Joke animated film.

Batfans are up in arms, and rightfully so, about a clip that leaked online prior to the film’s SDCC premiere. The clip showed an instance where Batgirl and Batman succumb to a moment of passion. It’s odd, disturbing in some ways, and very controversial. Purists are angry, but it’s much more than that. Batman is a father figure and a mentor to Batgirl. In many iterations, presumably this one too, she and his adopted son, Dick Grayson, have dated. It’s weird on a moral level, more so than anything else. Yes, the Bat frequently exhibits poor judgement, but this takes the cake.

Bruce Timm, essentially the father of many of our childhoods thanks to Batman: The Animated Series, is being held accountable. He’s one of the driving forces behind the film’s adaption, and now he’s addressing the controversy.

The hype surrounding the film exploded following an announcement of a 15 minute prologue focusing on Batgirl. Finally, she’d get the spotlight she was never given in Alan Moore’s graphic novel. According to Bruce Timm, that very fact informed the decision overall. In an interview with Vulture, Timm explained why the sex scene was included:

“It came from a three-way conversation between [co-producer] Alan Burnett, [screenwriter] Brian Azzarello, and myself. I don’t remember who initially came up with the idea, but we all kind of jumped on it all at the same time and said, Yeah, that’s kind of where we need to go.”

We were aware that it’s a little risky. There’s definitely some stuff in that first part of the movie that’s going to be controversial. Here’s where we came down on that specific issue: It was really important to us to show that both of the characters make some pretty big mistakes. I mean, his “parental skills” aren’t that great. Maybe never having had any kids of his own, he doesn’t realize that if you tell a kid to not do something, they’re going to want to do it even more. And then she makes some mistakes and then he kind of overreacts to her mistakes and then she overreacts to his overreaction. So it’s very human; it’s a very understandable story. It’s tricky because it’s messy, because relationships are sometimes messy. But to me and to Alan and Brian, it was all very fascinating to us to explore that angle.”

…We all know Batman’s a jerk. He’s a flawed hero, it’s what makes him great. However, this is off-putting. But let’s all try to reserve judgement until actually watching the film. Let’s hope that this doesn’t further Babs being a “woman in the refrigerator” character, by proxy of her newly formed relationship with Bruce.

Batman: The Killing Joke launches digitally on July 26, followed by a Blu-ray/DVD release on August 2.