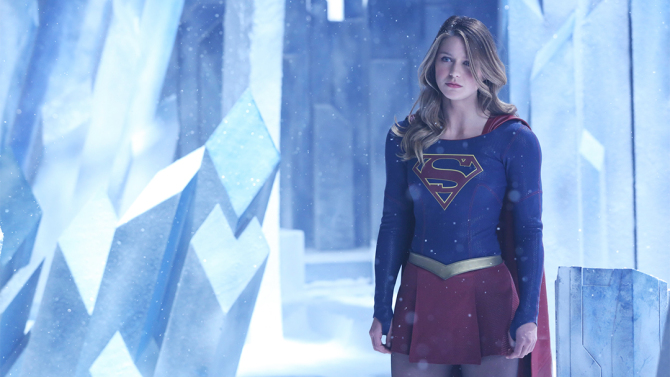 Hot on the heels of the exciting news that Miss Martian and Mon-El will appear on Supergirl is Kevin Smith’s reveal that he’ll direct an episode of the show. This comes after he helmed an episode of The Flash Season 2, The Runaway Dinosaur, to the acclaim of fans and the cast. Smith is set to return to direct in The Flash in Season 3, episode seven, but details on that front are incredibly scarce.

It’s no surprise that we know little to nothing about his Supergirl venture. In the video below, where he made the announcement on Fat Man on Batman, he spoke about not knowing if it was okay to say too much. However he did so anyway, revealing his episode’s title: Supergirl Lives. A beautifully deep cut, as Smith wrote a Superman film script in the late 90’s entitled, Superman Lives. His talk of the episode title begins at the 12 minute timestamp.

Smith’s script for Superman Lives involved Doomsday killing Superman, with Braniac pulling the strings. As it states in the title (and in the title it initially had before Smith reworked it: Superman Reborn), the Boy Scout lives, resurrected by The Eradicator — a robot from Krypton. Is any of this possible in Supergirl? Perhaps not Doomsday, per se, but Braniac-8, Indigo, did feature in the back half of Season 1. She’s obviously not one of a kind; who’s to say others aren’t roaming Supergirl’s Earth?

There’s a lot to look forward to in the show’s sophomore outing. Superman will debut, Cadmus will be explored, and new villains are on the horizon. Whatever The CW has planned for Kevin Smith to tackle, he’ll certainly have a lot to play with.

Supergirl returns Mondays this fall on The CW, starting October 10.